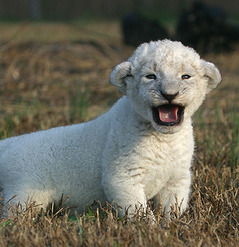 So the internet makes it easier to get hold of earrings shaped like Sesame Street characters, but it also seems it makes it easier for smugglers to sell contraband wares – especially things like whalebone or sharkfins, a problem the BBC flags up in an article here.

Though the headline – Internet Threatens Rare Species – kind of suggests that okapis and Blue Whales are being throttled by ethernet cables or going on Facebook instead of hunting bamboo or something, it shows just another way the internet is changing everything.

Campaigners at the Convention on International Trade in Endangered Species said that people were buying everything from live lion cubs to polar bear fur on chatrooms and forums.

The internet lets people sustain markets for very niche products that would not be in enough demand otherwise. Those niche products can be sweet homemade crafts but they can also be drugs, or endangered animals.