Facebook released some stats on how users have adapted to the new privacy environment on the site, introduced at the beginning of December. 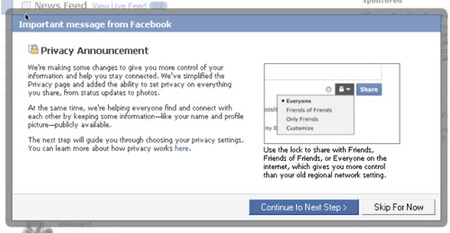 The December privacy changes reset the defaults on all profiles to public. The changes also made some information automatically public: friend lists for example. See inside facebook explanation here.