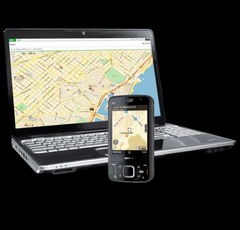 Ovi Maps has been a run-away success on the Nokia app store with the maps and navigation app racing past 1 million downloads in a single week.

“We’re averaging a download a second, 24 hours a day,” said Anssi Vanjoki, Executive Vice President, Nokia. “When we announced free walk & drive navigation we knew it would be a game-changer. The number of people now using their Nokia for navigation, and as a result looking for more location-aware software, is growing faster than even we predicted.”

It shows the big demand for location software on phones, but also the strength of the app. Nokia have managed to differentiate this from simpler apps like google maps by adding walk and drive navigation through an investment in NAVTEQ.
The app is free as well which undoubtedly helps its popularity.

3rd party developers for Nokia will now be able to incorporate location-based features into their apps. Looks like a jump forwards for the Ovi store.