Even though fangirls and boys were disappointed by the name (is that sanitary towel?) and pleased but not thrilled by the giant iPod touch that Apple demo-ed, the price is good, lower than the $800 or $1000 suggested.

Apparently Apple shares which had been slipping during the presentation suddenly jumped when the price was announced. 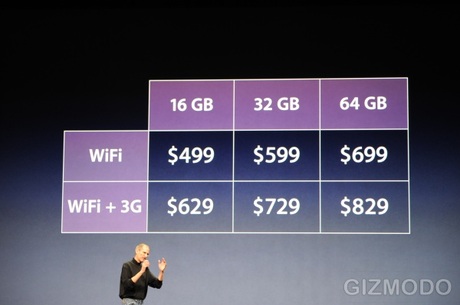