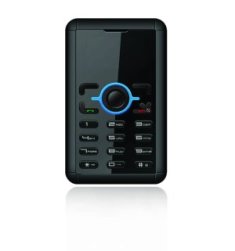 Techies may argue as to whether it’s been the year of the iPhone or the Anroid handset – but Tesco customers have already voted with their feet. Despite the supermarket chain having the iPhone on its roster, the most popular phone sold in stores at Christmas was £18.75 “party phone” the VX1i Party.

Tiny, cheap and cheerful it sold over 10,000 units in the two weeks leading up to the New Year. The VX1i Party phone is a Sim-free affair which you can stick your own Sim-card into (from any network) and keep your old number.

Though the smartphone market is booming, it shows that there’s a still a strong bottom to the market with demand for simple, cheap devices that call and text and little else.
It’s not just the price tag – it’s the concept too.

The phone was literally designed as a temporary or replacement phone, ideal for parties – women preparing for a night out can slip the Sim Card out of their normal phone, slot it into Tesco’s party phone: the slimmer, lighter handset is easier to carry and since it’s under £20, customers can be less worried about getting it lost or stolen. In that sense it’s not an alternative to a smartphone but it’s almost supplementary.

Tesco Telecoms research found that “8 out of 10 of women find it annoying to carry a handbag on a night out, and that 69% of Brits find it uncomfortable to have a large mobile phone in their pocket.”

The VX1i Party Phone, £18.75 is unlocked to work with any SIM card (excluding 3) and is available to buy in selected Tesco stores.