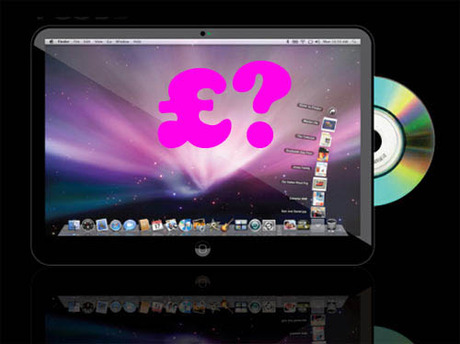 Until Apple’s wunder-toy comes out, pretty much everything that can possibly be written about the Tablet has been written, short of “If the Tablet were a human what would its favourite pizza be?” and I’m sure a blog somewhere has covered that. So we thought we’d ask you what you think about one of the Tablet’s more important details – the price.

Because while reviewers may rant as they will, whether people buy it or not is the mark of a product’s success and price is a big factor in that decision. And Apple’s products are often pretty pricey.

One factor that could shoot the price up is if Apple use a high-end backlit, easy-to-read OLED screen for their tablet -because that would be expensive. It’s been suggested that they might release two versions: an OLED one and an affordable one with a standard TFT screen.

A rumour in the Wall Street Journal today suggested it would sell for $1000 (£611). Would you pay that much? more?

One thought on “Shiny Poll: How much would you pay for the Apple Tablet?”