The New York Times has created one of the coolest infographics ever. Take a look at this.. it shows New York and other American cities coloured by their film taste. The graph-maps were compiled by data from dvd rental service Netflix (US equivalent of LoveFilm) which recorded the most popular DVDs by ZIP code area. It’s interesting to see what’s popular and where. Red is most popular, white is least. Check out the pattern for New York rentals of Slumdog millionaire for example: 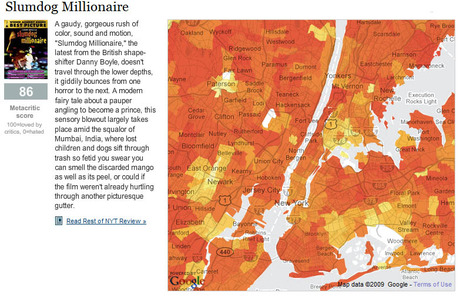 And the pattern for slightly less in demand Bride Wars: 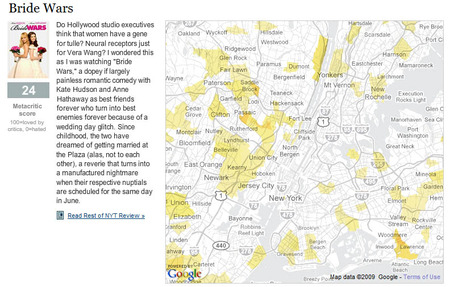 Some interesting patterns pop up: DVDs of Mad Men are popular in central New York, but not the suburbs. Other cities covered by the infographic include Boston, Miami, Seattle, Chicago and Minneapolis.

Full marks for some beautiful visual rendering of data.