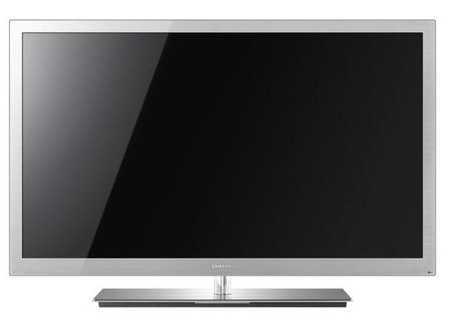 Hot tip from Ashley at CES in Vegas: the Samsung LED 9000 3D HD TV. Yes you saw that right, this is a television set that shows three dimensional film. It is compatible with Blu-Ray 3DTV and 3D broadcasts from Sky etc.

What impresses me is that the device cleverly converts standard 2D TV into 3D too, though as Ash points worth seeing what that looks like before getting too excited.

The set is a miniscule 0.3 of an inch thick – about as broad as a pencil. It’s kind of like a normal TV in reverse, the image is 3D and the slender set is practically two dimensional.

Hello. Looking forward to seeing Come Dine with me in 3D…. but I imagine the effects won’t be quite as striking as in Avatar.