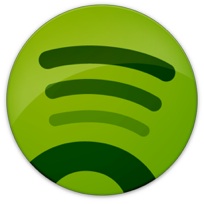 One of 2009’s hottest web services, free music application Spotify is not quite about to take over the world. Though a hit on PCs and smartphones, the service won’t be making the transition onto games consoles in the near future.

Rumours that Spotify would be incorporated into the Xbox 360 and PS3 were squashed by Spotify earlier this week. A Spotify representative has released a statement calling any such plans merely “anonymous rumours”.

“We’ve always said that we want to be on as many devices as possible so that we can bring music to wherever are users are, but there’s no truth to these anonymous rumours about Spotify coming to game consoles any time soon,” said the Spotify rep.
Last week the service moved onto Symbian devices, it’s already an iPhone and Android app for premium users.