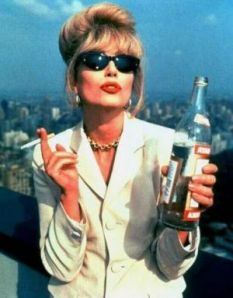 Yep another survey this time from Logitech, the webcam maker, which has just asked a load of women over the age of 50 what they want for Christmas, and guess what they all want webcams! Well many do want webcams (to talk to their grandchildren obviously) but also other high tech goodies like widescreen TVs, PCs and even games consoles.

Logitech discovered that over two thirds of over 50s females wanted high tech stuff much more than they wanted traditional pensioner friendly fodder like foot spas and gardening gear.

Yehia Oweiss, Regional Director for Logitech UK & Ireland says: “Our research shows a growing demand for gadgets from the over 50’s age group. With Christmas just around the corner, we’re conscious that grandparents across the UK will be looking for expert help when it comes to getting all their new gadgets up and running and have made sure our support teams are on standby for a busy season.”

I think Logitech is being a little bit naughty with its age barrier. In many ways 50 isn’t that old and the over 50s women category now includes Madonna, Joanna Lumley and Helen Mirren. However it is clear that tech toys are no longer the preserve of young geeky males, and that’s a good thing.