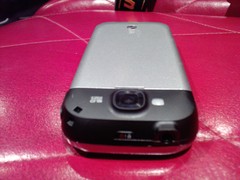 LG are launching an Android phone currently known only as the GW620. We glimpsed the prototype last night and took a few pictures. It’s a landscape slider with a 5 line QWERTY keypad and runs the version of Android known as “cupcake”.

LG are likely to be marketing it on the strength of its apps: the Android store is smaller than the iTunes app store with only 12,000 apps to iTunes’ 85,000 but 65% of Androids are free while only about a fifth of Apple’s are.

The advertising campaign for the GW620 will also focus on its strengths as a social networking device. They’re going to give it a better name, but they haven’t decided what yet. For legal reasons. Pictures below:

Featuring a beautiful 3d menu box, it also has a 5mega pixel camera: 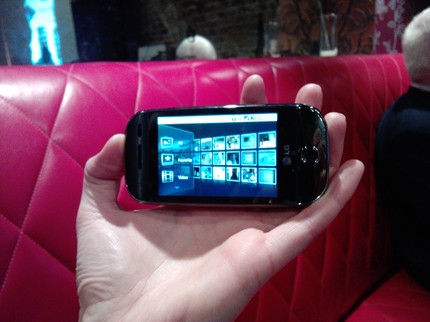 From the front with that gleaming 5line keyboard: 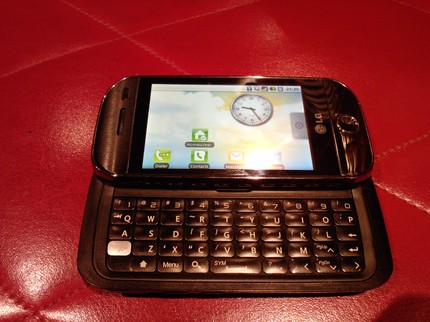 From the back, displaying bevelled edges: 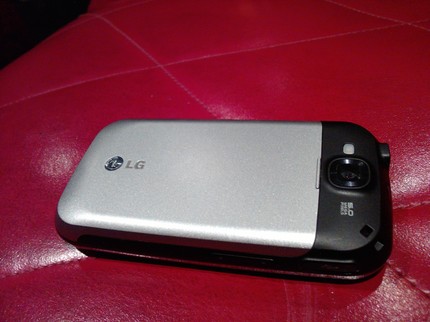 The GW620 – coming to a red leather sofa near you. 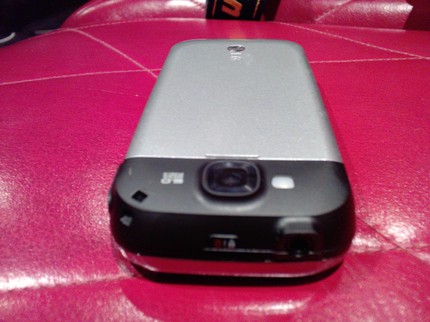