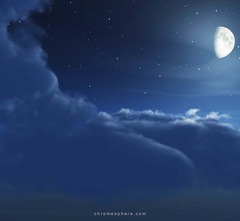 The dreams of gamers are providing useful insight into the purpose of dreams.

Apparently gamers who dream about playing video games perform better than those who don’t. A study by Harvard Medical School doesn’t definitely prove the correlation, but the studies strongly suggest that dreaming and learning are intertwined.

“It really looks like if you’re not dreaming about it, you’re not getting better,” Robert Stickgold of Harvard Medical School told The New Scientist.

Volunteers who had used more Doom-related words in their dream reports were judged to have dreamt more about the computer game – and those volunteers performed better in the game the next day. Up to a point however. Dreaming too much about Doom didn’t help either. Apparently being too obsessed doesn’t help either, as anyone who has an OCD dream about work will know.

So what’s the lesson? Dreaming about kittens may be nice but it isn’t going to help you very much in life. Mix it up with some nice practical skill-processing dreams about launching successful start-up businesses, or making really great risottos.

A bit but not too much.

[via the The New Scientist]