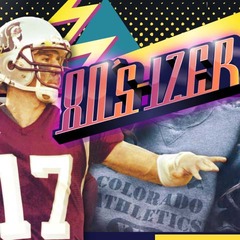 A kooky new ad campaign for Russell Athletic lets you stick your head in an 80s movie. Sort of. It’s an 80-izer video-maker that lets you choose between four different but deeply 80s scenarios: a breakdance, football trials, a muscle beach and a jazzercise class and upload a photo of your face. Russell Athletic is really working its all-American roots with this little viral vid and claiming the 80s – a decade that set its aesthetic – as its own.

It’s pretty easy to do: rotate and scale the photo, then give them your email and then you can watch yourself in any of the four different scenes.

If mullets and purple zig-zags make you feel slightly nauseous – avoid the site after eating. And if you don’t like making yourself look a bit stupid then don’t do this either.

We did a little Shiny version below: the result is slightly grotesque, but then cutting and pasting your head on someone else’s body always has that weird effect.