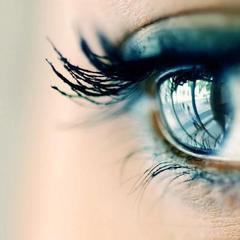 Well they want to photograph some eyes, 61 pairs to be precise and yours could be one of them. This is one of those areas where fashion hits tech and pretty little things get created.

Sony Ericsson have snagged a top portrait photographer – Jillian Edelstein and equipped her with their new Satio handset, a top-end smartphone with a pretty impressive camera.

Edelstein has photographed most celebrities you could think of: from Woody Allen to Kate Moss to Blur and while the Satio cameraphone certainly wouldn’t be her usual camera – it’s pretty damn good for a smartphone: with a stunning 12.1-megapixel camera with Xenon flash and touch focus.

Anyway, if you’re interested in being part of the eye project, then head over to http://www.eyeswideopen.uk.net/ and upload a picture of them. Jill will chose 61 eyes from the selection that end up there and is photographing the 61 she selects in the flagship London Vodafone store just before Christmas. Photoshoot will be televised and broadcast online on the project’s website.