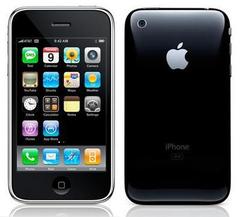 Its good and bad news for iPhone users and those who are still lusting after the iphone.

O2 users, who joined the network specially to get their paws on the phone of the century will not be pleased to hear that Vodafone has confirmed it too will be selling the iPhone from early 2010.

The news follows Orange’s announcement yesterday that Orange would too be selling the iPhone, but release dates for this have not yet been announced. You can read what our big brother site Tech Digest has to say about this here.