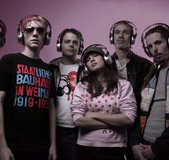 You know you’re getting old when someone mentions clubbing and you wince because it’s “soooo loud” and you always get chatted up by drunkards.

This cult solution may just make me ditch my hot chocolate, cosy slippers and “beauty” sleep. A genius concept and utterly hilarious, the Silent Disco is becoming one of the most talked about events to grace festivals worldwide. Instead of massive speakers giving you arrhythmia every time you walk past, you put on a pair of wireless headphones that pick up the frequency the djs are broadcasting on so that everybody in the disco is (pun alert!) on the same wavelength…see what I did there?

There’s even a volume control for those of us who’d like our eardrums intact. Cue lots of miming, silly dancing and out of tune singing, it’s an onlooker’s dream and an exhibitionist’s idea of a good time. It’s evolving already with discos that have 2 different channels and djs, both creating a silent disco ‘dance off’, prompting friends to sneak up on you and flick the channel on your headphones before you realise.

Whilst it’s been around for a few years, it’s still been a well kept secret of music festival goers and Eco-ravers keen not to frighten wildlife, but now it’s making its way into the mainstream and the chunky headphones bring a little ‘builder chic’ to the whole affair. I’ll definitely be keeping my eye on the website; www.silentdisco.com; for future events.