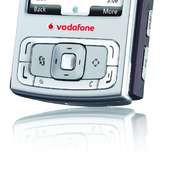 If you’re lucky enough to have international friends, you’re probably guilty of not calling them regularly enough, But hey, it’s not just ‘out of sight, out of mind’, there are significant call costs involved as well. Well Vodafone have decided they want to help you stay in touch with all your friend,s and have abolished roaming charges to all EU countries for summer.

The deal starts from the 1st June and runs till the end of August and lets Pay Monthly customers call,text and send MMS to friends and family abroad at the same price as it would to send it in the UK.

This deal means you can use your included minutes and texts options to makes the calls, thus letting you stay in touch without racking up a huge bill (Data not included though- so still be wary of getting emails or web surfing abroad).

If you’re signed up to Vodafone Passport you’ll automatically get this deal, otherwise sign up for FREE by texting ‘Passport’ to 97888. The deal covers over 45 countries;

Once the summer as ended and the lotion placed back on the shelf to simmer for another year,but you don’t have to turn your back on low cast calls forever. Vodafone are also slashing the rates of their international call costs permanently. If you’re on their PAYG tariff you can make calls from 5p a minute (to the USA) and 15p per minute to a mobile in Japan.

One thought on “No more Voda-moan: Vodafone abolishes roaming charges for European calls”