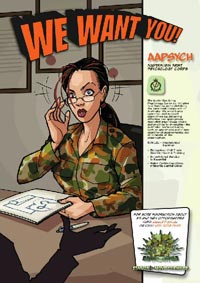 Almost a year ago, it was revealed the US army’s attempt to recruit would-be soldiers into the army involved a disillusioning 14,500-square-foot recruiting centre/video arcade/retail store, which war, or no war is bloody exciting – they also made use of everyone’s favourite social networking site, Facebook. Taking a leaf out of their book, the UK army is now employing online video games in a recruitment drive. They say it’s to inspire youngsters to join, but what better way to entice the kids to join the army than with virtual reality and the blurring of the boundaries between real life and the virtual. I just hope the potentials know that taking a bullet and having live grenades explode meters from where they are will be nothing like the real thing – there may be tears if they’re not made fully aware of what they’re signing up for.

Four action packed missions have been created to test observation skills, problem solving, intelligence, memory and navigational abilities. It doesn’t sound as high-tech as the US attempt at army recruitment, but the UK army is hoping its Start Thinking Soldier recruitment drive will give it an edge in luring applicants. The army has been accused of glamorising war in a bid to recruit youngsters before and with 15,000 new solders needed every two years, is the army getting desperate, or simply moving with the times?

Enjoy and earn as you participate in online gaming tournaments for real money.