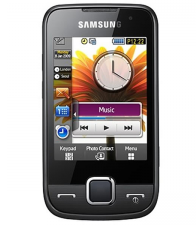 The LG Cookie brought something special to the mobile phone market last year – a basic, and more importantly, an affordable touchscreen phone for people who so badly wanted in but couldn’t necessarily afford any of the more popular and high-end touchscreen handsets. Could this be the beginning of a new trend?

The news of the Samsung GT-S5600 certainly suggests so. It was initially unveiled at MWC last week, and since then, it’s been popping up all over the web and being touted as a rival to the LG Cookie – i.e. another reasonably priced touchscreen phone. It’ll sport Samsung’s TouchWiz UI as well as the home screen widgets which have become a standard feature on many a Samsung handset.

Specs are currently a mystery, as are availability and pricing details – Samsung is happy to keep those lips locked for now. But as soon as we know more, so will you.

See what other mobiles were on show at MWC here

One thought on “Samsung preps an LG Cookie rival”