Your plane has just slid off the runway during take-off, one of the engines catches fire, your heart’s beating at one hundred miles per hour and your life is almost certainly flashing before your eyes. So what do you do? Tweet it all? I can’t imagine Twitter being my first train after thought after “oh shit, I’m going to die”, but one passenger, who is clearly a Twitter fanatic, thought liveblogging his terrible near death ordeal on the microblogging site was the best thing to do at that potentially catastrophic time. Luckily, no-one was killed but there were some injuries as a result.

Whoever said social networking is taking over our lives? Well… they were right. Starting his Twitter tale with “Holy fucking shit I was just in a plane crash, one man began his account of the event that took place one Saturday night in Denver, Colorado.

Click after the jump to read an extract from his Twittering.

It just makes me wonder what else he Tweets about. So I’ll most certainly be keeping my eye on @2drinksbehind on occasion from now on. 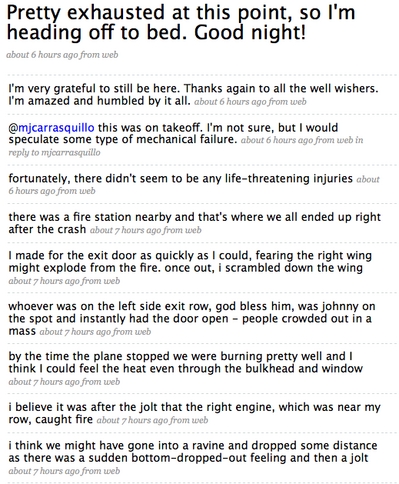 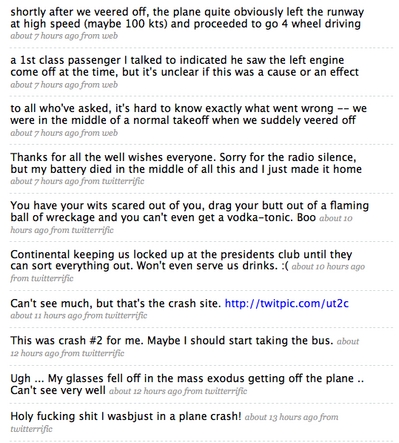