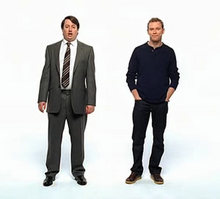 But I thought Macs were impervious to all things virus related? I thought if you were a Mac, you could be safe in the knowledge you were not only superior in your graphic design capabilities, your choice in eyeware and laptop aesthetics, but your virus protection too. So does that mean not everything in the ‘I’m a Mac’ marketing campaign was based on truth? Oh.

There’s now a page on the Apple website advising Mac owners to invest in some anti-virus software, conveniently available through its online store. Specifically, it says “Apple encourages the widespread use of multiple antivirus utilities so that virus programmers have more than one application to circumvent, thus making the whole virus writing process more difficult.”.

To be fair to them, this isn’t entirely an about face. The reason there have been few Mac viruses is because they didn’t have the necessary market share to provoke coders to create them. With the news that Apple laptops are being adopted by first time users, they’re becoming a more attractive proposition for the virus writers.

And having the opportunity to wipe the smug smiles of Mac owners must be hard to resist.