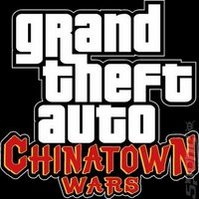 We all knew Grand Theft Auto Chinatown Wars was coming in 2009 (and if you didn’t – where have you been?), but now instead of a vague release date and trying to guess which of the 365 days it’s going to officially land, the release date of one of the most highly anticipated games is now a little more specific. Yes, that’s right, the game *a lot* of you have been waiting on the edge of your seats for will be making its official appearance on the 20th March worldwide. And just when I thought we were finally on par with the US, I read we’re still not equals and lucky DS players over in the States will be getting it three days earlier.

So expect plenty of illegal action, car jacking, racing shenanigans, cool characters and addictive playing to begin as of March. Oh, and don’t forget the hand blisters, cramps, dark circles around your eyes and lack of sleep.

This is the tenth GTA title to be released and something tells me it’s not going to disappoint. I don’t know about you, but I’ll be waiting impatiently like a little kid at Christmas dying to open their pressies (so basically, how I’m feeling now).

Like this? Read this: Nintendo makes the DSi official and fabulous