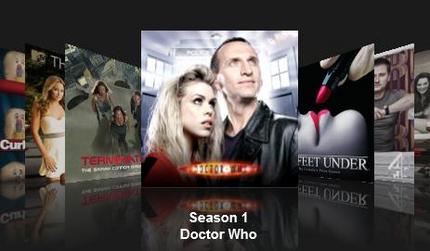 From today you can get your David Tennant fix on the bus, in the bath or under the covers. You can now get the first season on iTunes (actually, that was Ecclestone) and then each week for the next four weeks a subsequent season will be released. Each episode will cost £1.89, or you can get the whole series for £19.99.

At this point, I run out of things to say. Having never watched an episode, I really don’t feel qualified to tell you much more. Instead, a fact! The name Wendy was made up for the book “Peter Pan.” Allegedly.

One thought on “Dr Who now available on iTunes”