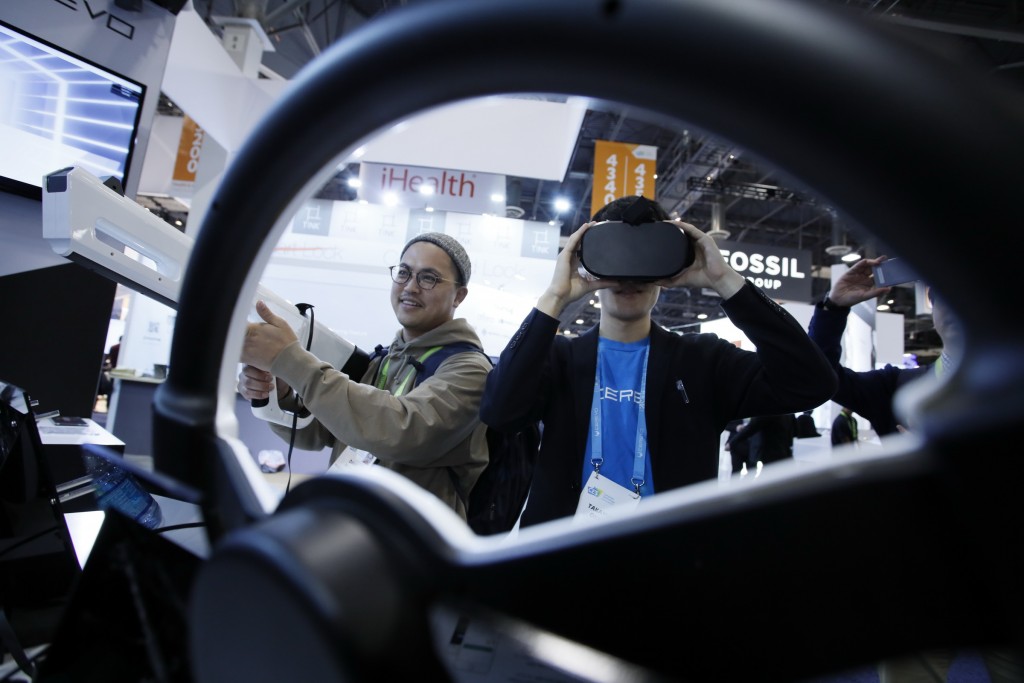 Analysts at CCS Insight share some of the highlights we expect to see at this year’s CES Show in Las Vegas, starting tomorrow (January 8th, 2019). Included are artificial intelligence, 5G and flexible screens….

The challenge will be to determine exactly what companies are offering, beyond making sure they tick the necessary boxes on the technology buzzword bingo card. Artificial intelligence has definitely made significant strides over the past couple of years, but how this will manifest itself to deliver meaningful benefits in the consumer electronics domain is something our team will be watching closely.

Another area that we’ll hear a lot of talk about is 5G. All the US carriers are jostling to establish themselves as leaders in 5G deployment, so we expect to hear updates from all on their progress to date. The Las Vegas skyline is likely to be host to numerous 5G massive MIMO antennas as rival carriers deliver live demonstrations of this new technology and early 5G prototype devices.

We believe the main focus will continue to be on fixed wireless and Mi-Fi devices for mobile broadband, but it wouldn’t be a surprise to see smartphone makers also teasing forthcoming 5G smartphones ahead of Mobile World Congress at the end of February in Barcelona. Moreover, 5G will be a prominent horizontal theme with multiple segments of the tech industry from cars to wearables talking about perceived benefits and uses.

The role of 5G in carriers’ growing focus on content and video delivery could also become clearer at CES. The event offers a forum for AT&T to update on plans to launch a video streaming service later in the year, and for T-Mobile to possibly expand on its TV strategy after its acquisition of start-up Layer3 in 2017.

Eager to draw attention to their own efforts in 5G, automotive companies are likely to make numerous announcements in this area. We believe some of the recent incidents that have happened in autonomous vehicle testing will temper the hype around fully autonomous driving.

That said, commitment by car-makers such as Ford and Volvo to focus on level 5 autonomy will be a clear message. At the same time, 5G connectivity could emerge as the biggest automotive story at the show, being positioned as a key next phase in the evolution of cars and a complementary technology to radar, lidar and cameras. Given its namesake, CES tends to have a consumer bias but it’s worth noting that autonomy will happen first in tightly controlled commercial environments.

Voice assistants and their associated technology will be hugely prominent as well. The trend toward more platform-agnostic devices supporting multiple voice assistants is set to play out, leaving consumers to choose which one they’d like to use. We also expect Google to continue its spending spree on the show, with Google Assistant branding likely to feature across the entire city as it did last year.

Rival Amazon should benefit from the biggest portfolio of Alexa-enabled devices ever announced, thanks to widespread support by practically every consumer electronics company in almost every conceivable device. We also predict that many other voice-based solutions will emerge at the event, not least by Chinese players such as Alibaba and Baidu. Finally, we expect a growing variety of products to see the integration of far-field microphones. This is a big step as the industry moves beyond the smart speaker as a point solution to pre-integration in a myriad of products from TVs to light switches.

The number of smart home devices and solutions on display will be overwhelming. We believe that CES 2019 could be remembered as a “peak smart home” moment ahead of a substantial market shake-out as the number of companies with near-identical products becomes unsustainable.

Amazon and Google will be primary enablers in this area, but we also bet on Samsung dedicating a significant part of its stand to its SmartThings connected home offering. Other big players such as Arlo, Belkin, Philips, Somfy, Vivint and Legrand will also continue to expand their portfolio of smart home devices in an effort to create their own smart home ecosystems. At the same time, we expect to see makers of domestic appliances including Whirlpool, Panasonic, Samsung, Electrolux, LG and others to step up their efforts in offering smarter products.

Another sure-fire trend at the show will be flexible and folding display technology. Products are likely to include roll-up TVs, folding tablets and smartphones, wearables with flexible displays, and more. These will probably be some of the most popular products to hit the headlines, but there still remains an underlying question about whether they’re anything more than a solution looking to solve a problem that doesn’t really exist yet. We’ll be keeping a close eye on the uses articulated by companies showcasing such devices.

Although virtual and augmented reality are likely to be a low-key affair at the show, we do anticipate some new developments. The standalone virtual reality category will be in the limelight, as it’s where all major virtual reality players have made big investments in 2018. Other highlights will include wireless solutions for dedicated virtual reality headsets and enterprise use of the technology.

CCS Insight have a number of analysts on the ground at this year’s event, with the firm releasing daily updates on their thoughts surrounding each day’s activities – this can be found here.