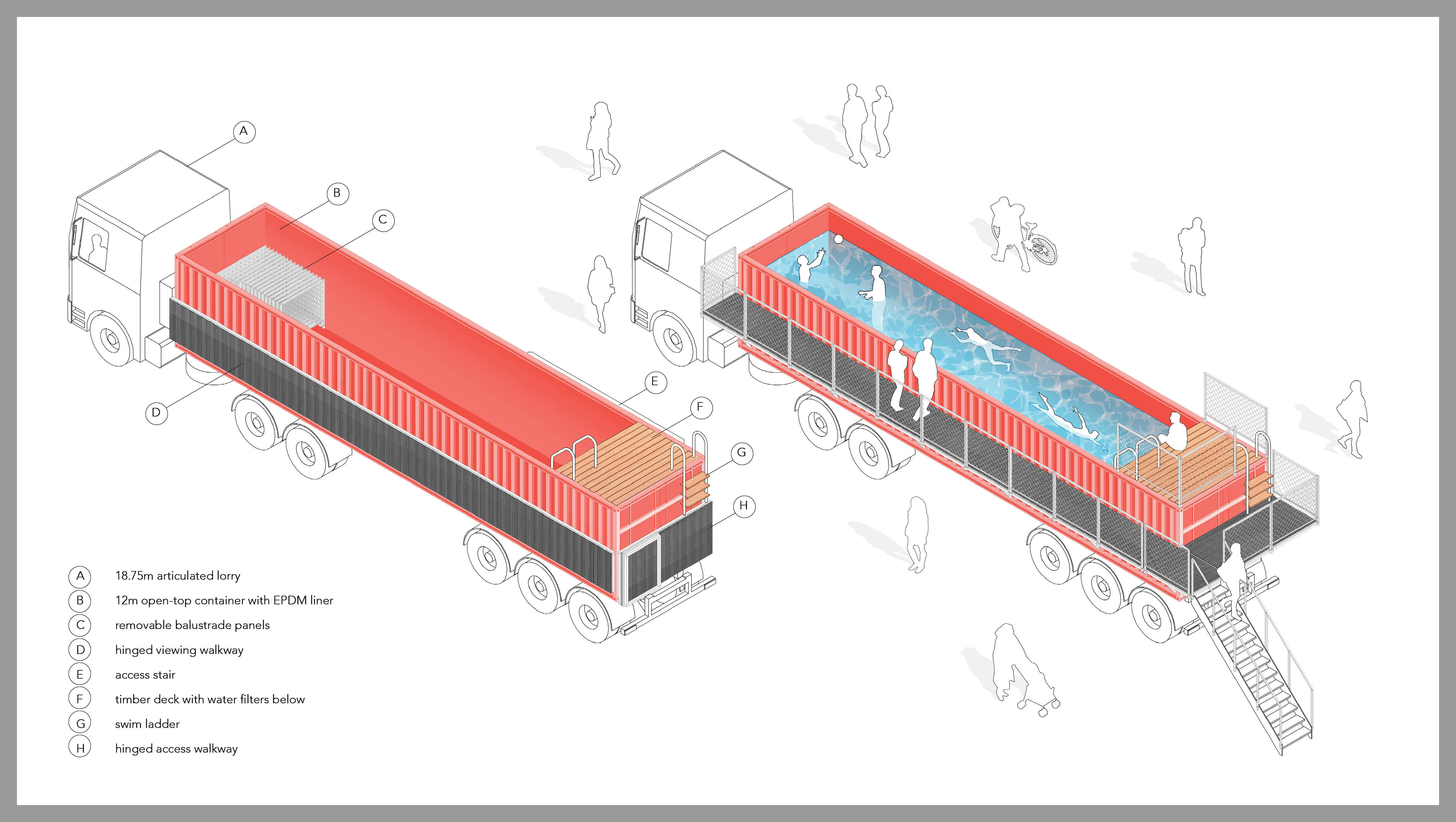 Don’t have a nearby pool to dive into? Don’t worry. Coming soon to a street near you could be Britain’s first mobile swimming lorry with a built in 40ft pool!

First announced in back in 2016 by artist and Thames Baths Ambassador Amy Sharrocks and architects Studio Octopi, Swimmobile is inspired by a council led programme in 1960s New York City and 1980s Detroit.

Swimmobile would tour community spaces, residential streets and parks loosely following the Thames but also lost or lesser known rivers and waterways, reminding people of the water beneath their feet.

Two weeks ago the Outdoor Swimming Society released these images which was followed up by coverage in Monocle’s daily news, The Monocle Minute. 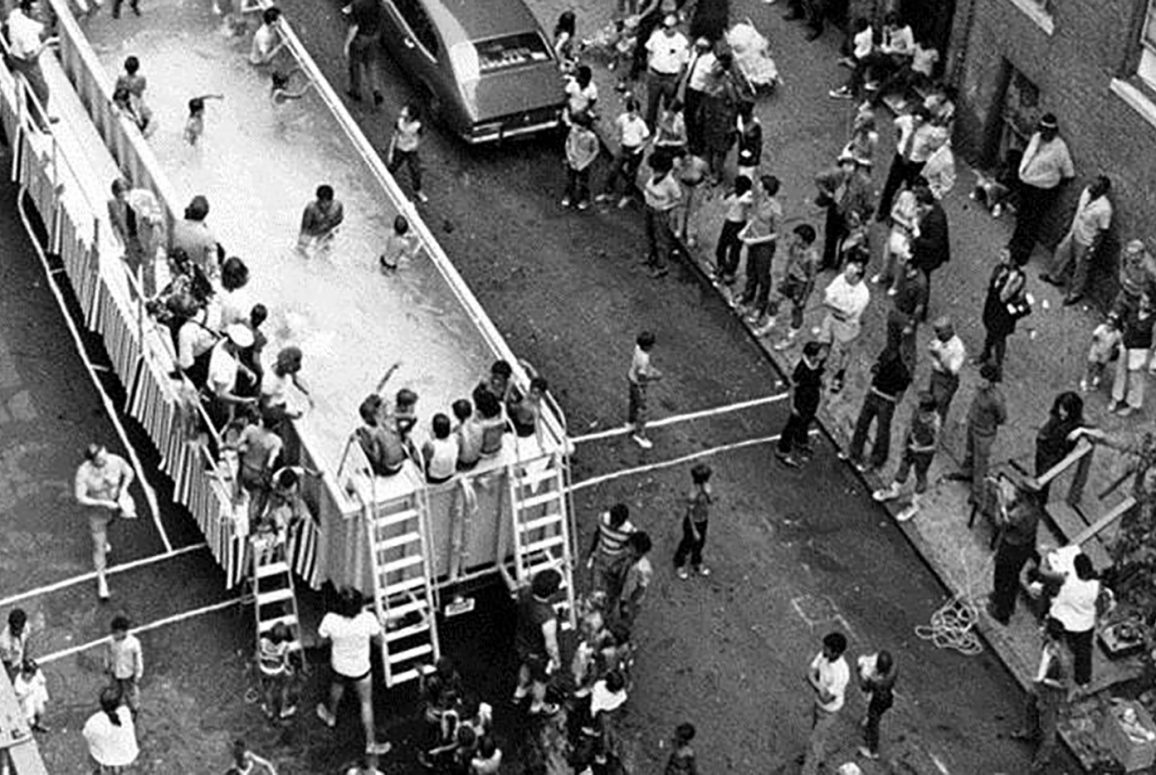 “Swimmobile will re-connect Londoners to the joy of swimming and water, leaving them with a lifelong memory of the day it came to their community.

“Within this is the longer story of the positive changes to water quality in our urban waterways. Swimmobile is an educational platform as well as providing a solution to the inaccessible and often dangerous urban waterways in our cities.”

Meanwhile, Thames Baths Project is reporting that there is some progress with its bid to build a floating lido on the Thames – the first since the 19th century!

The bad news is that they can’t tell us much more about it at the moment but assure us it’s the biggest step forward it has had since hitting its target on Kickstarter back in 2015.

We can’t wait to find out more!