We might have to wait until 13 April to see season five of Game of Thrones, but the battle for the UK’s government is already well underway (though sadly lacking in a Red Wedding-style event thus far).

In honour of that, print and design company Moo has reimagined each of the seven parties as houses in the show. The resulting posters don’t feature the leaders themselves, but are instead graphic representations of each party’s strengths, all with an accompanying motto. They were designed for Moo by Stacie Snoddon and they’re calling the collection Game of Seats:

House Cameron: a gothic interpretation of the Conservatives’ tree logo, with the words ‘A Tory Always Pays His Debts’. 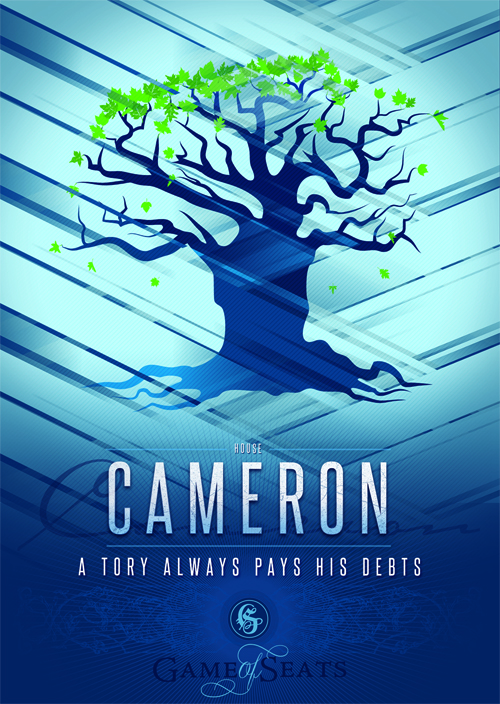 House Miliband: The Labour rose between two crossed swords, plus the motto ‘Brothers in Arms’, to commemorate the leadership election that put Ed in charge. 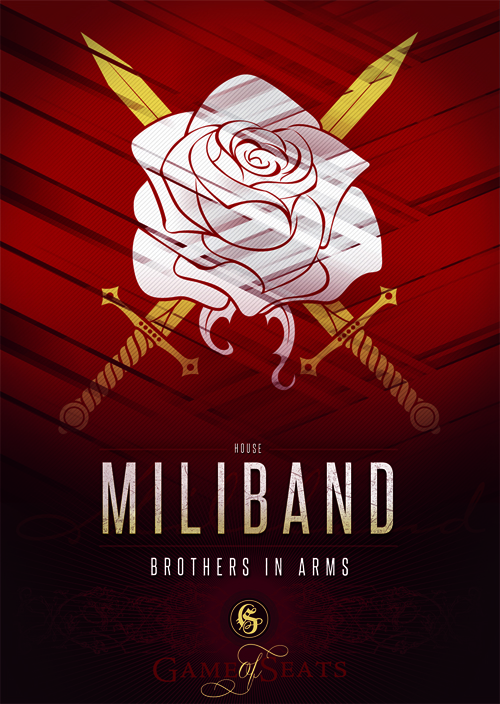 House Clegg: To emphasise the pivotal role of the Lib Dems in coalition, this features a crown and the ego-boosting phrase ‘The Kingmakers’. 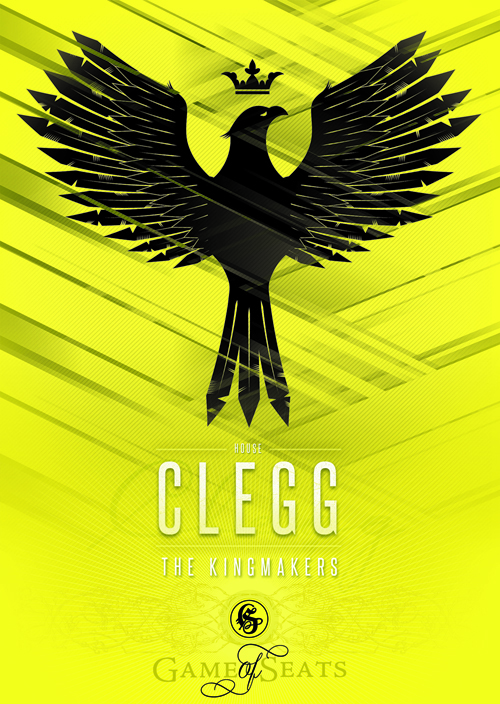 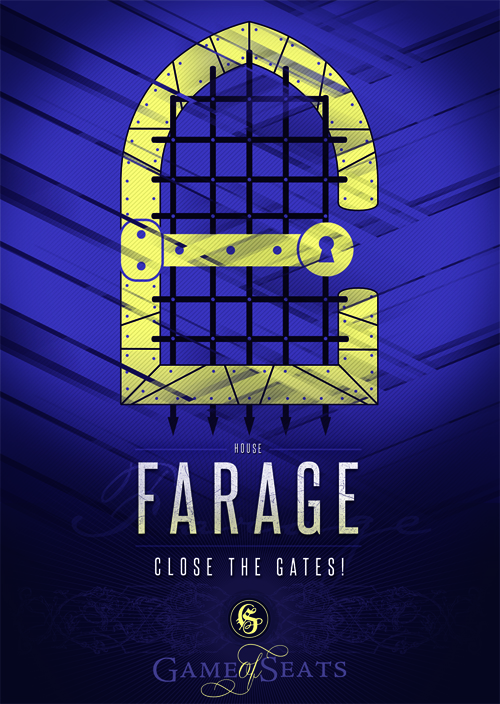 House Bennett: Fittingly, the Green party leader’s motto is ‘Spring is Coming’, with the image of spears forming a flower. 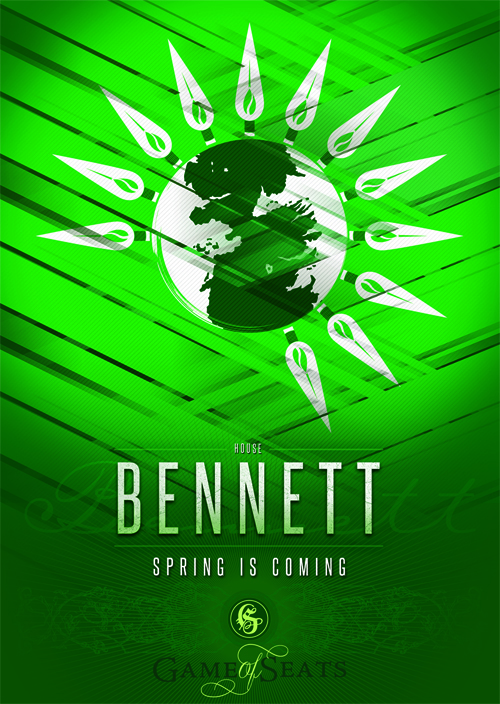 House Sturgeon: the SNP leader’s design takes inspiration from Hadrian’s Wall, featuring yellow bricks and the words, ‘The Queen Beyond the Wall’. 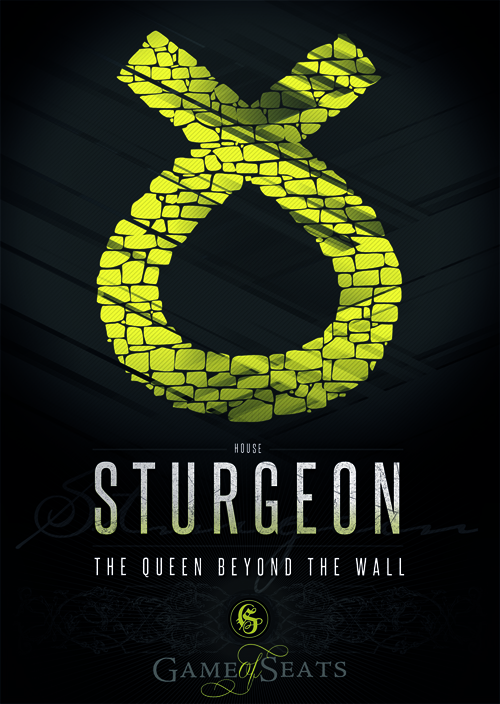 House Wood: Plaid Cymru’s Leanne Wood gets possibly my favourite of the slogans, ‘The Mother of Dragons’, with a symbol featuring a dragon’s tail and a daffodil, because Wales. 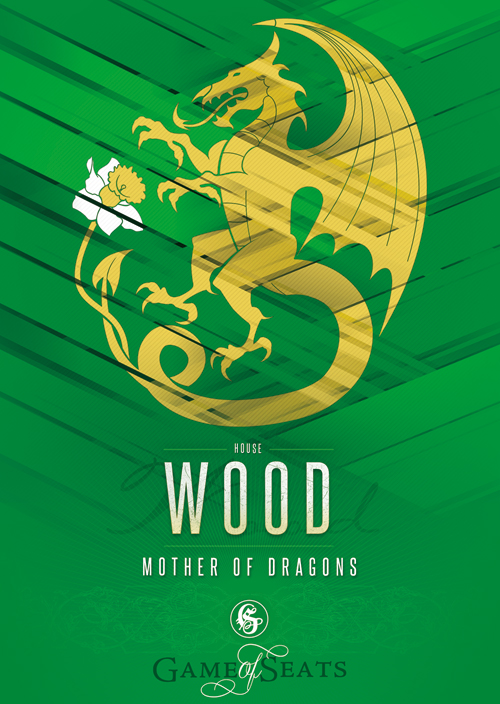 Moo’s VP of brand and communications Teresa Pereira said, ‘Inspired by the latest season of Game of Thrones, we wanted to re-imagine the political parties to show how impactful good design can be with a little imagination.’