We’ve heard loads about it from the States, but dating app Hinge, self-described as a ‘classier Tinder’, finally launches today in London. The app aims to make online dating more natural by connecting users with friends of friends. Research by Hinge has revealed that on average Londoners will only meet 3% of their friends’ friends organically, and Hinge unlocks the potential to meet many more.

Like Tinder, Hinge will show you people located near you, but the difference is that the new app will only show people who are mutual friends of friends. It will also display validated details like full name, workplace, education and friends in common.

The main advantage of this is safety, as it means every user you’re shown is validated, but we also think it’s a great idea because we can get the lowdown from our friends on what the person is actually like before going to all the effort of meeting them.

Unlike many new dating apps, Hinge is LGB-friendly – we checked! 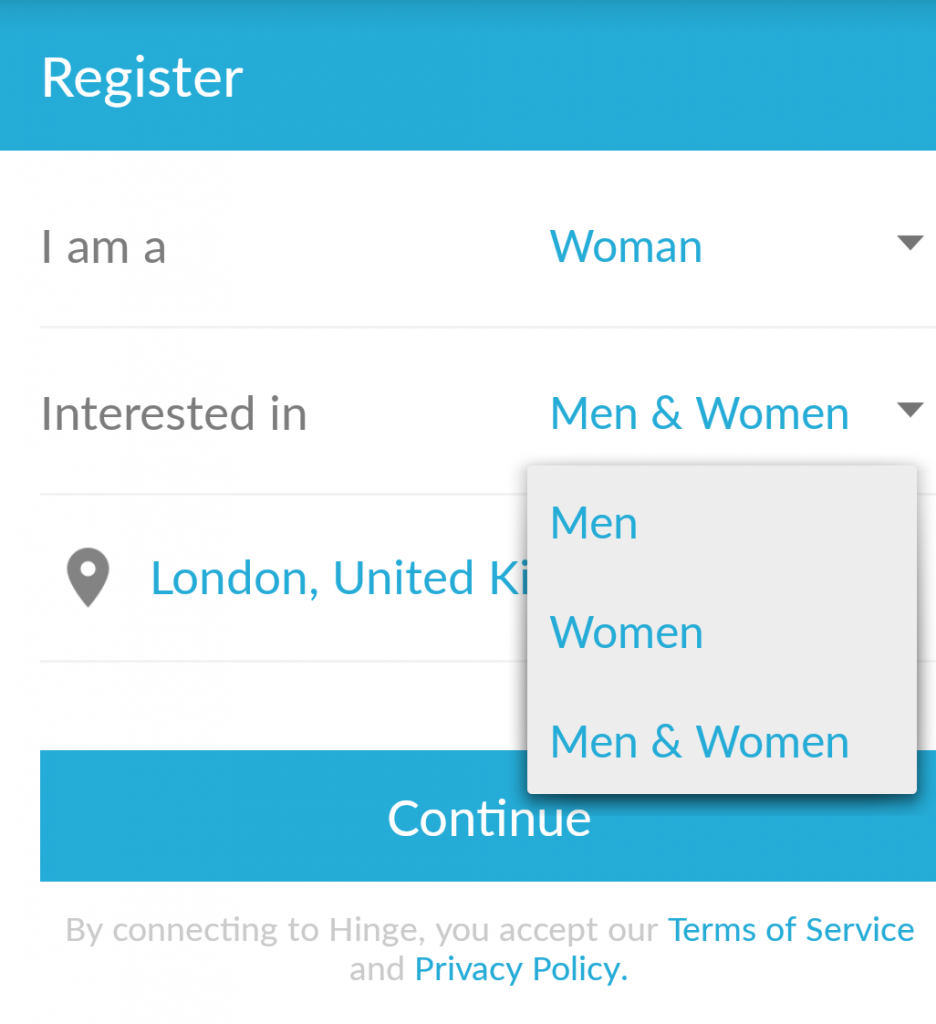 Justin McLeod, Founder and CEO of Hinge, said: “I was never interested in joining a traditional dating website. The whole thing felt forced and unnatural to me. Hinge is different because it brings dating back to reality by helping users meet naturally. We’ve created a smarter, simpler way to connect with the people you might have eventually met through friends.

“Our user base has grown six times in the last year alone and nearly all of our growth has been via word of mouth. We’re confident we’ll have the same success in the UK.”

Hinge’s approach has attracted a large young professional following in the US: 90% of users are aged between 23–36 and 99% are university educated. Most popular industries include banking, consulting, media and fashion. The average Hinge user has approximately 50 friends also on Hinge and in New York City, 20% of the average user’s Facebook friends are on the app.