I’m pretty sure I have the world’s most chippable nails.

I can’t be 100% sure without conducting the necessary research, but I’ve definitely never encountered another nail-painter whose polish disappears with such reliable speed. Most people measure a manicure’s success in terms of days, but using ordinary polish I’m lucky if mine lasts a full 12 hours. Sometimes, I swear, it starts flaking off before I’ve even finished the other hand.

There are a host of reasons that polish chips quicker on some nails than others. The strength and condition of your nails is the most obvious – weak, bendy nails chip faster, as the polish cracks with movement. Then there’s the way you paint them; avoiding air bubbles by applying two or three thin layers rather than one thick coat, and using a top coat while the bottom coats are still slightly wet are the best tricks for ensuring longevity.

Exposure to water is another biggie, and, as someone who has never owned a dishwasher, I’m pretty sure this is my kryptonite. Daily hair washing, swimming, washing up without gloves and working in jobs that require frequent handwashing are all likely culprits for absentee polish. Still, that friend whose nails seem to stay perfect for eternity? She’s probably just really grubby. 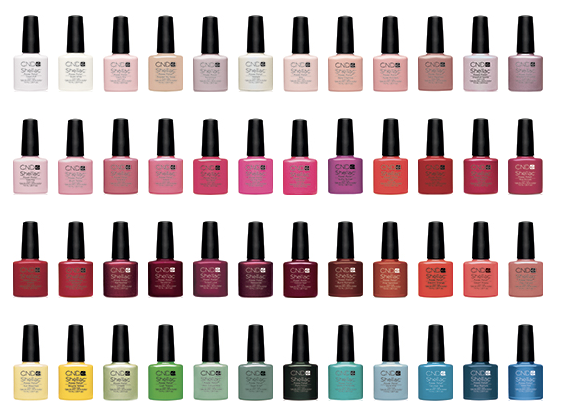 Having tried a procession of different treatments and legends (eating cubes of raw jelly doesn’t work as far as I can tell, but it’s curiously addictive) without it having much impact on my chip issue, and reluctant to spend my life wearing marigolds in the shower, I was naturally excited when the new generation of UV nail polish arrived on the market.

First there was CND Shellac, the grandaddy of them all. “LASTS FOR TWO WEEKS” was its promise, booming from the window of every nail salon from here to Christendom. I duly got myself shellacked for £25, marvelling at its gloopy, high-shine finish and the way it sets completely dry in only a few seconds under the lamp. It lasted seven days without chipping, and another three before it reached unbearable levels and had to be picked off – taking half my nails with it. 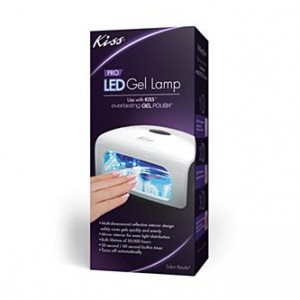 The pros and cons of Shellac are well-known: it lasts for up to a fortnight (I’ve known it go three and a half weeks on the luckiest nails), looks great, dries instantly and protects your nails from breaking for as long as it’s on, but it either needs to be removed at a salon for a fiver, or scraped off yourself in gory fashion. And it’s not cheap.

No sooner had Shellac gone mainstream than the DIY versions followed, and I decided to continue my nail odyssey at home. You can buy CND’s official UV lamps for anything upwards of £100 online, but there are plenty of cheaper alternatives all claiming to do the same thing. I tried out Kiss‘ Pro LED Gel Lamp, £36.99, which with LED rather than UV light means it’s more energy efficient and doesn’t need its bulb changing. But LED lamps will only cure LED-specific polishes, so double check your packaging before you buy.

I also, reluctantly, tried out Kiss’ Gel Dress nail wraps. I so want to believe in nail wraps, but any time I’ve used them in the past has been disastrous – they look like exactly what they are, giant stickers slapped awkwardly on my nails, and they catch on my hair every time I run my hands through it. Kiss Gel Dress come with shapes for whole nails and just glittery tips, which are fetching, and I’ll admit they look much better once I’ve realised I’ve been putting them on upside-down. With a layer of top coat cured under the LED lamp I’m hopeful… but true to form, they’ve all peeled off within an evening. That’s a wrap on wraps.

Back on more solid ground, I try the gel top coat over a normal polish. One of the other limitations of light-cured nails is colours – and though ranges are expanding, if you’re a nail polish fiend like me you’re not likely to want to buy a whole new varnish wardrobe from scratch. Always a fan of cutting corners (unless they belong to a nail wrap and are jabbing me in the cuticle), I try the Kiss Double-Up Top Coat over my favourite normal lilac polish. Under the lamp it actually burns slightly where the polish has dripped onto my skin, which is unnerving, and soon I realise that there’s a reason professionals get the best results – they’re experts at applying it within the lines.

But cured, wiped down and inspected, I’ve actually given myself a decent mani. The first attempt bites the dust quickly as I can’t resist picking at the hard globs of polish that have set round the edge, but by attempt three they’re much neater and last a glorious three full days – which in normal person terms is probably almost a week. What’s more, I can take them off easily with an acetone remover, leaving the top layer of my nails where it should be.

Buoyed by moderate success, next I move onto SensatioNail, another LED brand which costs £15 a pop. But here’s where my cunning mix-and-match plan comes unstuck, quite literally, because I can’t get the polish to stay on my nails. I try it with a base coat, I try it without, but either way it slides off like oily soup. When I manage to get it under the lamp, it shrinks and bubbles and I end up with little flaps at the side of each glossy nail. I pick them all off within hours, of course. I am but human.

High street beauty brands haven’t missed a trick with this trend, though predictably you’re not going to find Shellac results for £3.99 off the shelf. What you will find is an awful lot of regular nail polishes with the word ‘gel’ slapped on the front. Barry M’s Gelly Hi Shine Nail Paint delivers the same squeaky-clean finish as gel, but lasts no longer on my nails than any common-or-garden varnish, while No.7’s Gel-Look Shine top coat turns out to be one of the best top coats I’ve used, and ekes an extra day or two out of all but the most commitment-phobic polish – though it does turn gluey in the bottle after a few weeks.

Nails Inc’s Gel Effect polish is a more princely £14, and promises to use ‘the same plumping technology as a salon gel manicure’. It gleams like a salon-fresh mani, but predictably chips before the end of the day. When ShinyShiny’s Hayley shows off a Nailberry manicure that has lasted a full 10 days, I don’t know whether to dash to the website or wail in defeat.

My gel nail odyssey ends back where I started – under a lamp. The Kiss polish and lamp have become my new day-to-day pals, and with each more practiced application I’m getting more wear out of my high-shine nails. Five days is a new personal best. But for high days and holidays (or just tackling a really big pile of washing up) it’ll be back to the salon for Shellac.

Keep chipping away at the new technologies, nail scientists. I’ll be waiting.