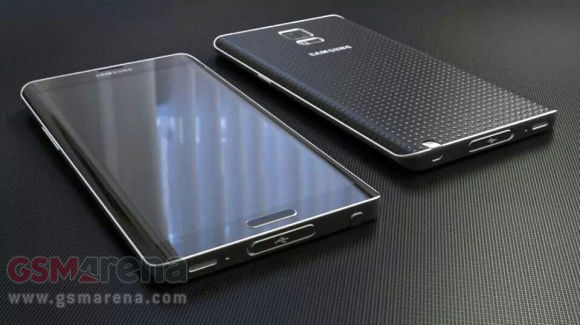 The leaks don’t seem to be very consistent on the state of the Galaxy Note 4’s display with some showing a fairly normal display, while others continue to stick to the idea that it will have some sort of curved display. These images once more show the latter, showing off what is supposedly a Galaxy Note 4 with a three sided display that has been rumoured in the past.

Reports say that the thee sided device has entered trial production, and it’ll only be available in limited quantities — possibly a South Korean exclusive. We’ll just have to wait for September 3rd to come around and see what Samsung have to show us at its pre-IFA press event. [GSM Arena via International Business Times]

2. The Samsung Galaxy S6 is rumoured to be Samsung’s first all-metal flagship

At the moment you might be thinking “Wasn’t the Galaxy Alpha an all-metal flagship?” Sort of. It was more metal than the likes of the Galaxy S5, but the shell wasn’t completely made of metal in the same way that phones like the HTC One M8 are, rumour has it that the first Samsung phone to have that honour will be the Galaxy S6.

It might be a little bit early to be thinking about the S6 since the Galaxy Note 4 hasn’t even been released yet, but the rumour mill doesn’t care. It’s definitely worth emphasising that this is incredibly early days for the S6, and both the S4 and the S5 were rumoured to have all-metal bodies — which means that this rumour could be a complete lie. [Sina Blog via TechRadar]

BlackBerrys really took the business world by storm, and became the must have phone to use in the workplace. Sadly, BlackBerry has been on a downward spiral for the past few years and nothing has really risen up to claim the title of “business phone of choice”. It could well have been a much different story if HP had been able to make and release a Nexus phone for Google, one that was aimed at users in the world of business. That’s what the reports are saying anyway.

A number of business related features are reported to have been considered, including high-end data encryption (something that will be coming with the full release of Android L later this year). Why did this idea never make it past the initial concept? Apparently HP encountered resistance from Google, especially the then head of Android Andy Rubin. Sundar Pichai has since taken over from Rubin, and has indicated that a business centric Nexus device could become a reality. If the known features of Android L are anything to go by, you could say they’re already making a start at that. Could we see a Nexus made by HP? Who knows, but I wouldn’t be surprised if Google ended up releasing a business-centric phone in the next couple of years. [The Information via Digital Trends] 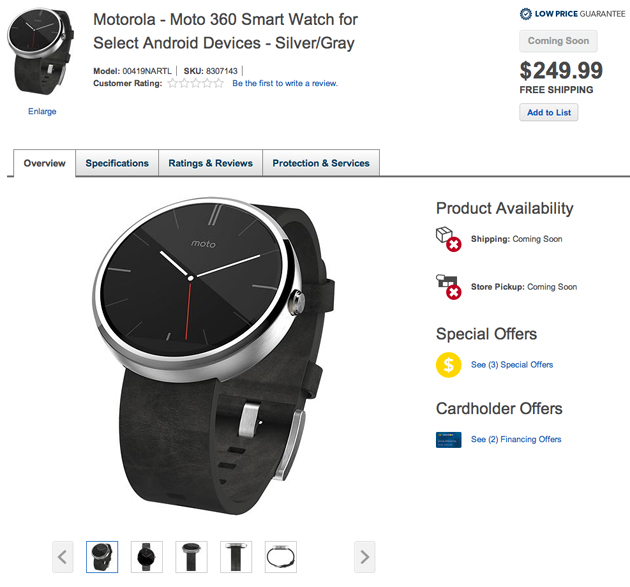 The Moto 360 isn’t set to be launched until a press event on September 4th, but thanks to US retailer Best Buy we have our first glimpse at the pricing and specs for Motorola’s upcoming smartphone. The listing has since been removed, but some endearing people managed to grab screenshots for us all to mull over. If this is accurate the watch will go on sale in the US for $250, which is £149 directly converted. Don’t expect it at that price since US prices tend not to include taxes, meaning it’s more likely that the watch will be closer to £200 when it goes on sale here. Apparently the display is a 1.5-inch 320 x 290 LCD, and it’ll include a heart rate monitor and pedometer.

It could be that this listing is inaccurate, but at this stage it’s a decent indicator of what we’ll end up getting when the Moto 360 is lanched next month. [Engadget]