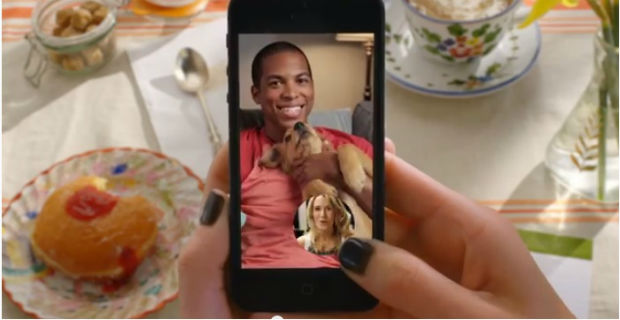 Snapchat has added video and instant message chat features today, but, for an app whose main selling point is sending short pictures and videos to friends, is it a necessary update?

At the moment, Snapchat is used to send funny pictures to friends; usually in-jokes that only they can see, or showing off about something via My Story, so that everyone can see. Yes, sometimes these initial photos lead to conversations going back and forth with rubbish pictures, because you need to send a picture to keep the conversation going, so the text messaging update is understandable in that sense. However, the update also means that the app is becoming much less unique.

The text messaging part of the app is accompanied by a new button at the bottom of the screen, which allows you to see whether a contact is online or not. Whenever it turns blue, it means that he or she is currently in the chat screen, reading your messages. If you hit the button, you will start a call. If the other person hits the button too, you will see both ends of the calls at the same time.

Just like when you see a snap, you need to keep your finger on the screen to keep the video call active on your end, which seems like quite a lot of effort, considering you can FaceTime or Skype without having to constantly hold your finger down. Also, for people who have big thumbs, like me, surely it would mean you can’t see the whole image of your friend.

This isn’t the only way that Snapchat is trying to keep its unique nature intact. Once you leave your message inbox, the messages between you and friends will be erased. This does seem like a cute way of keeping Snapchat that bit different, and maybe it’s just a way of making it easier to keep the funny conversations going between friends, without having to go off the app.

Maybe this update will be the making of Snapchat, but we won’t know until it’s released on the App Store and Play Store later today.