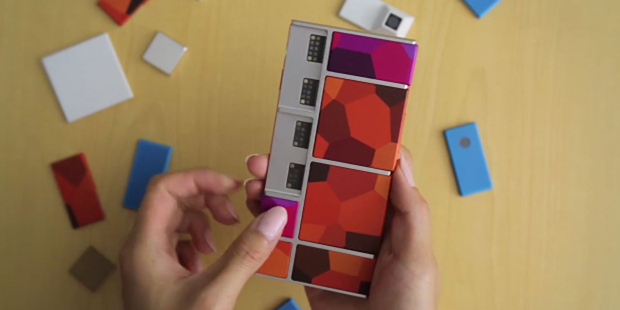 Last October Google announced that a dedicated team had started working on an exciting modular and fully-customisable smartphone that could well change the way we look at the mobile phone industry for good.

Code-named Project Ara, the smartphone will consist of one framework and a series of separate sections. The thinking behind it is that people will be able to swap out these different sections as easily as buying a new app, completely changing their phone as they go.

We’ve heard a relatively small amount about Google’s ambitious plans – apart from the odd photo and teaser video. But this week a few new details have emerged following the first Project Ara developer conference, which took place at the Computer History Museum in Silicon Valley.

Until we learn more about what took place at the conference, here’s everything we already know about Google’s Project Ara and its exciting plans for a fully-modular smartphone:

You’ll be able to customise EVERYTHING about your phone

The Project Ara device will consist of an endo (short for endoskeleton), which is a basically a chassis to hold everything together. Onto this framework you’re than able to attach any module you like. So are you into mobile photography? Attach an awesome, huge camera and a flash. Get mad when your phone runs out of charge? Add a much bigger battery. Like to show off about how big your gadgets are? Get a screen that’s MASSIVE. You get the picture.

Those at the Project Ara developer conference have revealed that some users will be able to order their Ara from January 2015.

Although the Project Ara smartphone may sound like something for early adopters and tech geeks, it looks as if Google might concentrate on launching the modular devices to those who don’t have phones already first. With this in mind, it’s set to be very cheap to begin with (possibly around $50) and only have the basics attached. People will then be able to add more as and when they need to.

It’s much slimmer than you’d imagine…

If we told you that Google is building a phone out of lots of different blocks, you’d think it’d be a chunky toy-like device, right? Well according to sources and early prototypes, it’ll only be 9.7mm thick. Surprising, but necessary if it’s going to compete with current smartphones on the market.

….And it won’t fall to bits as easily as you’d expect

Not only is the Ara smartphone not going to be super thick, but it isn’t going to fall apart like a lame Jenga-version of a phone. All of the different components will be attached to the Endo skeleton using a series of super strong magnets on the back and small latches on the front.

According to those at the conference, there won’t just be one endo to choose from, but three. Sizes are expected to range from a mini version to one that’s much more like the sizes of the phablets we’ve seen from Samsung, Sony and HTC.

The Endo base of the Ara will be Google-branded, but everything else, the battery, the camera, the screen, will be produced by other companies. This is great because it means lots of smaller, third party companies can get involved, but it also means enough need to get involved and see a future for the Ara to make it a success.

If Project Ara is successful it’ll mean that we’ll be happier with our phones for much longer. If you’re able to customise everything about your device, then why would you need a new one? You’d just swap out a bigger camera for a smaller battery, buy different coloured components to give your gadget a refresh or buy a finger-scanning module that’s just as good as what the latest smartphone has to offer.

On the other hand, there’s a long way to go before this ambitious project is actually turned into a working device anyone will want. After all, is a customisable smartphone something that we’re all after? Or just the next big thing?

Let us know whether you’d love to get your hands on a modular device or whether you’ll stick with the flavour of the month instead.