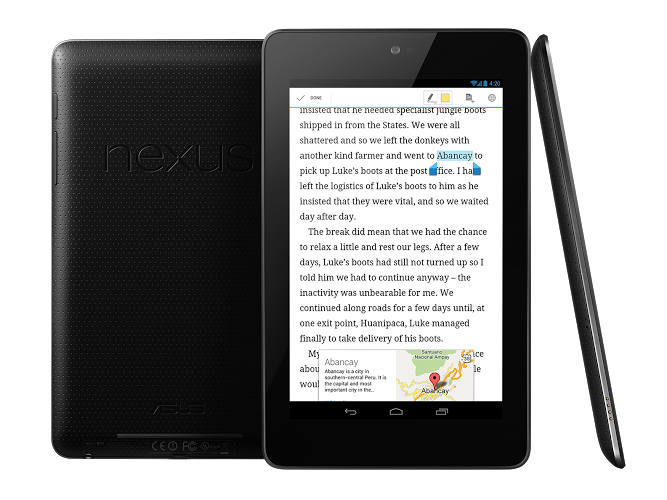 Some big-ish news from Google today which today brings the Nexus 7 tablet to the UK while at the same time announcing a price cut on its, Nexus 4 handset.

The tablet comes in two flavours – a 16GB model will set you back £199, while the 32GB model is a still very competitive £239. There’s no delivery charge either.

As for specs it sports a 7.02-inch 1920 x 1200 HD IPS display with 323ppi and Corning Gorilla Glass on the front. Inside its has a 1.5GHz quad-core Qualcomm Snapdragon S4 Pro processor with 2GB of RAM, and it comes with Android 4.3 Jelly Bean pre-installed.

There is also a 5-megapixel camera is on the rear and a 1.2-megapixel camera on the front. NFC, dual-band Wi-Fi and Bluetooth 4.0 are all present and correct and its has a abtey life of around nine hours.