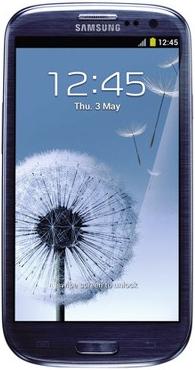 There has been a fair bit of speculation in the last few days as to how many Samsung have sold of its flagship Galaxy S4 phone in the month since it launched.

Well today it offered up the figures and claimed to have cleared 10 million handsets since the end of April. Pretty impressive stuff eh, and all the more impressive when you consider that the Galaxy S III took 50 days after its launch to ship 10 million units, while the S II took five months and the original Galaxy S took almost seven months.

And then the phone isn’t on sale globally yet with Samsung promising to deliver the handset to another fifty or so countries imminently. To celebrate the company is going to ship the S4 in other colours too including; “Blue Arctic”, “Red Aurora”, “Purple Mirage” and “Brown Autumn”.

The big question then is how do sales of the S4 compare with the iPhones?

Interestingly Apple sold over five million iPhone 5 handsets in the opening weekend of sales. And as Apple Insider points out here that was in just nine countries and that figure was deemed by some analysts as disappointing.

The iPhone 5 went on to sell 33 million units in 2012 which was roughly the same number that Samsung sold of the S3 in the same period.

The iPhone 4S also got off to a flying start in with four million units sold in the first three days of release.

We don’t have the exact figures for the first month of iPhone sales but hazarding a guess they are likely to be in excess of ten million.

Ultimately the S4 sales figures tell us two key things. Firstly that Samsung has produced a hit phone that even if hasn’t usurped its Apple rivals in popularity is breathing down their necks. Secondly that Apple will need to post some pretty impressive stats for the iPhone 5S and 6 to keep its critics and the financial institutions happy.

One thought on “Samsung Galaxy S4 sells 10 million in first month – how does that compare to iPhones?”