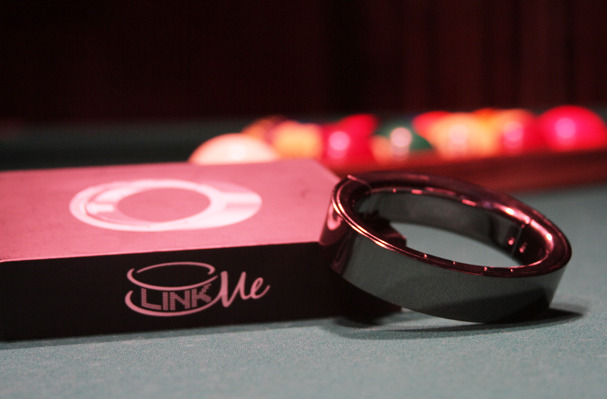 There are often products on Kickstarter which I think have huge potential and LinkMe is one of those. In keeping with the year’s current hot trend of wearable gadgets LinkMe is a bracelet that can be used to receive and display messages from your nearest and dearest. Think of it as a mini personalised billboard

It is a pretty simple concept. It connects to your smartphone via Bluetooth and when someone sends you a message – via a dedicated LinkMe app – the words pop up on the bracelet. You can also set it to receive social media updates too. I guess it would work best if you are in a situation where it is difficult for you to access your phone such as working or in a bike.

I guess it will be mainly be used for partners to share intimate little messages, but it also the potential for all manner of uses – maybe for getting sports news?

The bracelet itself is charged via USB and will apparently run for two weeks. It will work with Apple and Android phones and will sell for $150 when it goes on sale in the Autumn – though you can get one for $99 if you pledge now via Kickstarter.