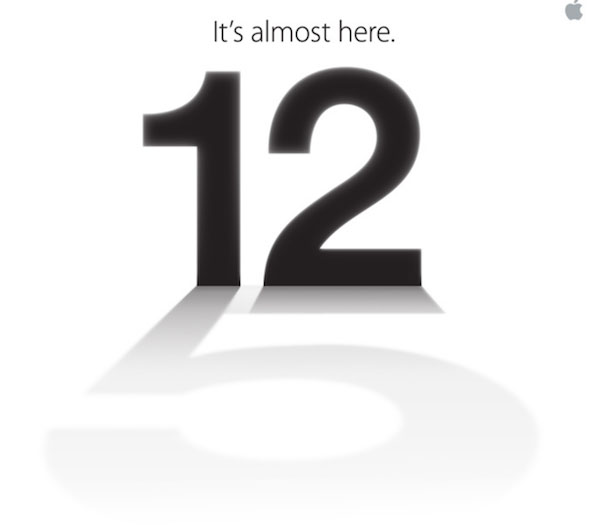 You can pretty much guarantee that a new iPhone only has to have been released for a few weeks before fans, bloggers and tech journos start talking about what the next device will have to offer. We’ll be bringing you a jam-packed rumour round-up later today, but in the meantime let’s talk about what the next mobile phone from Apple will be called…

We’ve seen plenty of invites for Apple’s September 12th event now, which feature a huge 12 with a huge 5 shadow, so it looks pretty likely we’ll be greeting the iPhone 5 next week. However, let’s not speak too soon, we were all pretty shocked by the iPhone 4S launch and don’t even get us started on the “new iPad”.

So let’s take bets (not actual money bets, we’re too poor), what do you think the new device will be called?

One thought on “Apple: Will the new phone be called the iPhone 5?”