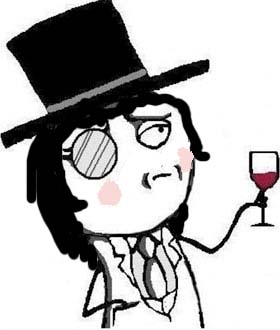 Hackers are always characterised as teenage boys, but two of the hackers arrested for Anonymous/LulzSec crimes in the States are women. One of them is a middle-aged woman, 42 year-old Tracy Ann Valenzuela. The other is 20 year old Mercedes Renee Haefer.

Both of them have Hispanic-sounding names and are from California. Can anyone confirm any more details?

The FBI have apparently arrested 16 people in the US. There has been one arrest in London and several arrests in Holland as well. The charges seem to relate to the attacks on PayPal which were retaliation for the service ditching Wikileaks.

So, women in hacking. We knew there must be some. In some ways I’m quite pleased by the news, it’s given me the opportunity to draw some hair onto the LulzSec icon. Though I’d love to know more about how she got involved and why.

They’ve popped up before – see the mysterious Kayla of Anonymous boards – who may or may not be a 16 year old girl. Iowa woman Laurelai Bailey was questioned by the police about her conversations on Anonymous message boards.

This is the list of names of people arrested so far: