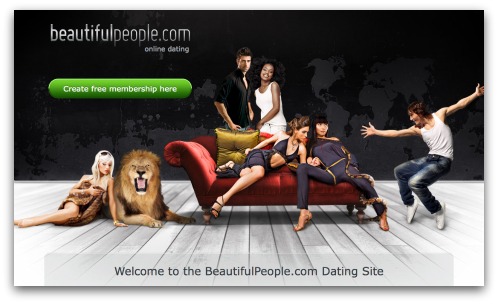 Yes it looks like they did. And they took in almost all mainstream British blogs while they were at it. Dating site BeautifulPeople.com will only allow members in if they are more beautiful than average, but they claim in stories on the BBC and Guardian that a recent virus let in 10,000 ugly people. Unfortunately, looks like the story might all be a massive hoax to get the dating site some more attention.

IT security blog Sophos points out a few of the suspicious bits in the story:
– the virus is being investigated internally, BeautifulPeople.com haven’t involved any external security firms in fixing what would be a major software flaw.
– the virus is called “Shrek”
– it sounds a bit like a hoax now we think about it

BeautifulPeople.com told the BBC, Guardian and other major media outlets that they had just deleted 30,000 ugly members who got into the network by accident thanks to a virus in the system over the past few weeks. Usually, new members have to be approved by existing members before they are admitted. And they only get in if they’re really hot. Somehow, the site claimed, a virus had bypassed this mechanism, letting normals into the online playground of the beautifuls. A great story of course – if only it were true.

This brings us back to an issue raised last week by the fake lesbian blog of Amina Arraf, a hoax by a straight man in Scotland that took journalists and well-wishers in for months. On the internet you have to work on the assumption that people aren’t lying to you. But if they are, there’s not much way of telling.

Why is it worth a company lying to all the major media outlets? Links I guess. Unless all the sites take down their stories BeautifulPeople.com will have got hundreds of links from some of the biggest online brands out there and that will send their Google rankings right up.

And then hundreds of thousands will have read about it. Like they say – all publicity is good publicity…

NB: We note that the BeautifulPeople.com site is currently down – maybe due to massively increased traffic?