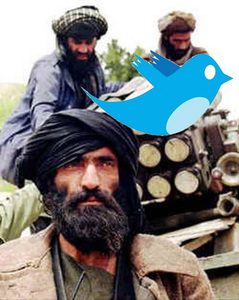 Forget that super injunction account. The Taleban are the hot new must-follow tweeters.

They’re updating the faithful on @alemarahweb apparently. The Guardian say:

“Their Twitter feed, @alemarahweb, pumps out several messages each day, keeping 224 followers up to date with often highly exaggerated reports of strikes against the “infidel forces” and the “Karzai puppet regime”.

The vast majority of tweets are in Pashto (sadly Google Translate doesn’t work for Pasto yet) but they broke into English in recent weeks.

BoingBoing claimed that the Taleban tweeted about Justin Bieber but we checked all the way to the bottom and sadly that’s just lulz. Unless I just don’t recognise the Pashto for Bieleber.