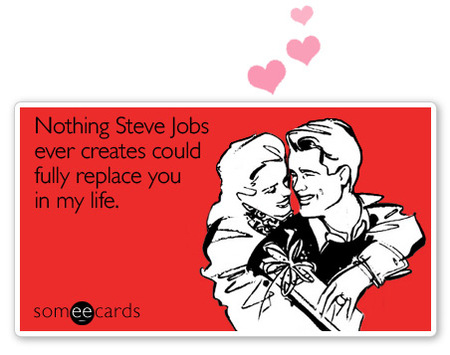 Are mobile phones particularly romantic? Or are we just a bit cowardly when it comes to expressing our feelings? It seems that Brits are three times more likely to text “I love you” than to say it to their loved one’s faces according to a survey by www.goodmobilephones.co.uk.

The study polled 2,137 people in relationships across the UK. 61% said they texted ‘I love you’ to their partner on a regular basis,but only 22% of respondents said that they regularly told their partner they love them face-to-face.

It’s not just that we’re far away from our partners a lot of the time, or that we don’t like talking about it, 23% of respondents actually said they thought their partner would prefer to receive a text than be told it face to face.

Here are some other interesting stats from the survey.

> Of the reasons given for texting someone “I love you”, the most popular one was “I miss them when we’re apart” – 39%; a less romantic 26% said it was because they thought their other half would get annoyed if they didn’t, and 11% said that it was because they felt guilty for not spending enough time with them.

> 71% of women said they had dumped someone by text message.