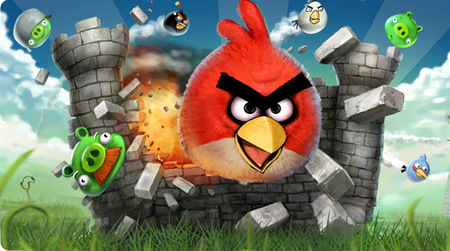 With news that Angry Birds has been the most successful mobile game this year – selling an eyepopping 12million on top of 30 million free downloads we just thought we’d look at the effect this fun little game has had on the lives of its users.

In case you’re not aware of it – in the game available on iPhone, Android and Nokia. In the game you are a bird, some green pigs have stolen your eggs, and you want to beat the crap out of them. Different birds have different powers and you need to think about physics, timing, flight patterns and more. There are 135 different levels. Their Christmas edition is at the top of the iPhone paid apps with the standard Angry Bird app second, despite being released over a year ago…

See all you ever wanted to know at Angry Birds here

One thought on “Poll: Angry Birds – are you addicted?”