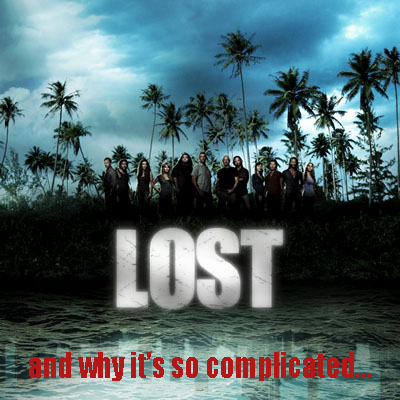 The frenzy around the Lost finale (OMG ZOMG) just reminds me of some wise words from one of the internet’s all time wisemen: Jimmy Wales, founder of Wikipedia.

He wasn’t predicting the final plot twist, but he did have some interesting points to make about how and why the show was so bloody complicated.

Wales was talking at a conference in London a few months ago and his speech explained a theory of his about how new technology allowed us to process stuff more complex than anything that has gone before.

The internet has changed culture by making it more complicated.

Taking TV shows as examples, he compared Happy Days from the 50s with TV shows from today – focussing in on the mind-bogglingly complicated Lost.

Lost is only possible he said because of the tech we have these days. It’s partly the hardware: now we’ve got DVD recorders, pause buttons, and can re-watch and slow down the tricky bits.

It’s also partly because the power of the internet: he mentioned Lostipedia – a place where plot-lines can be discussed, moments can be picked out and characters and twists can be analysed. It’s a giant fund of information and community interaction where people can make sense of the vast sprawling universe of the show.

His point wasn’t just that dvd recorders and internet wikis enhanced complex shows, Wales said they allowed them to be made.