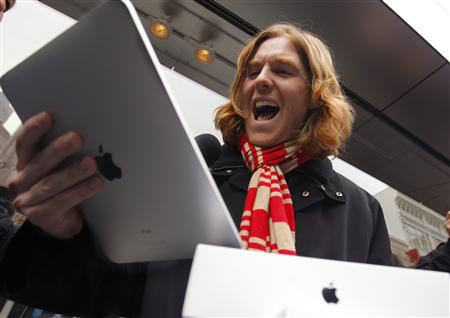 So while we’re all interested in the iPad, a survey by technology company says that it won’t go mass-market in the UK. The survey by Simpson Carpenter suggested that while people love the looks and the touch screen when they were shown the device, they don’t feel like coughing up close to £500 for it.

Bought at retail price from the US, it costs £365 so UK customers do face a price hike, which may putting some of them off.

Comments they gathered included:
“Everything it does I can do on my PC or my phone right now; I just don t need another thing.”
“It s just a big iPod Touch … a big iPhone without the phone. Or the camera.”

US customers were initially sceptical too, but of course overcame their scruples and bought 1million in a single month.

From our Shiny Poll the other day it seems people are waiting for the next version of the iPad to come out, expecting some significant improvements in features, before jumping on the iPad wagon. There are also a host of rival tablet computers coming out, so people could be holding back to check out the competition first..