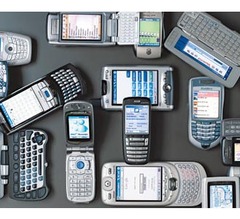 Anyone hoping to make an internet start-up work should go for the mobile platform first, then do a standard website after, said technocrat and founder of the Geek Squad, Robert Stephens in an interesting interview with sustainablejournalism.org. Mobile is where it’s at according to Stephens.

“If I were to advise a company on what to build going forward: don’t build a website” he said. “Build a mobile app or interface first, and then build for the larger screens.”

Geek Squad is a successful company founded in 94, that fix computers in person, or through 24hr phone and online services: but if he were starting up these days, Stephens said he’d do it differently: “I tell people now if I started the Geek Squad today I wouldn’t start a computer repair company. I’d really develop a mobile development company.” Stephens reckoned his advice was good for start-ups of any flavour, journalists for example.

The launch of the iPad had given the mobile computer market a huge boost and shown that that format size is not just about making phone calls.

“I don’t know how much longer they’ll be called phones but that’s really the central device. Because most of us are moving and mobile, on the go. So our mobile device will be the one we interact with the most.”

And the fact that its only got 3 inches of screen space can actually be a good thing…
“The last thing is that the constraint of the mobile screen is actually really liberating in that when you only have a small set of real estate to design your interface for, you can only put so many buttons. Just think of the Google start page, versus the AOL, the Yahoo startpage. Much cleaner.”

Read the full interview on sustainablejournalism.org