Okay, so the Consumer Electronics Show in Vegas may be the tech world’s most important exhibition right now, but if you’re stuck in the UK and want to look at some gadgets, try visiting Steampunk, a slightly smaller and much weirder exhibition at the Museum of the History of Science in Oxford.

You’re not going to see Apple’s tablet, but Steampunk tackles the burning question: what would modern gadgets look like if they had they been invented in Victorian times?

Taking devices like iPods and it redesigns them in older materials with a Victorian steampunk aesthetic. So iPod becomes “Dr Grymm’s Eye-Pod audio device” etc.

Ha, there it is, with its little eye: 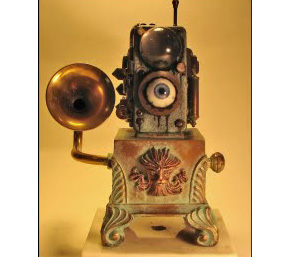 This triple faced watch puts modern wrist-watches in the shade. Sure, it just tells the time in three different places, but it looks like a bug-eyed insect in a good way. 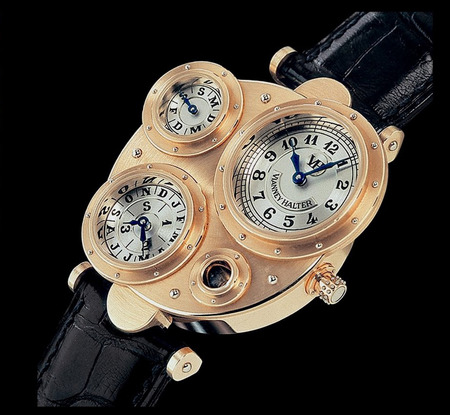 And this is one of those useful devices which lets you put wires into a skull and then twiddle a few knobs. You know. 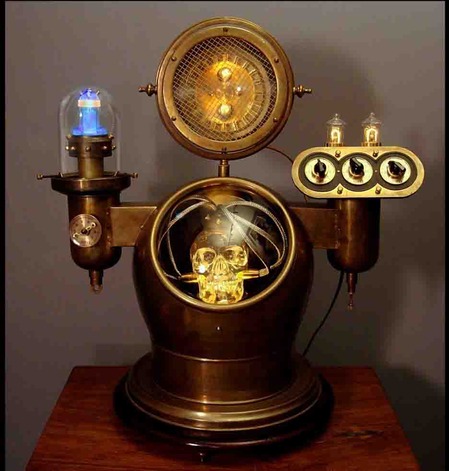 Steampunk at the Museum of the History of Science, Oxford till Feb 21.
Steampunk exhibition blog here