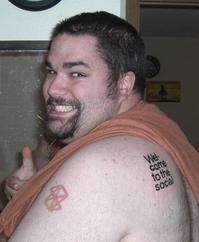 If you do own a 30GB Zune, you have likely been struck down by a pesky bug, which caused the media player to freeze at exactly midnight. Why? Because someone forgot to take account for the extra day in 2008, which was a leap year. How. Embarrassing.

Microsoft promises that it will fix itself, and in fact, should have done by now, as the world enters a more standard 2009. Still, that’s shut up my feeling of harddonebyness regarding the UK not having the Zune – at least my iPod can deal with the Gregorian calendar.