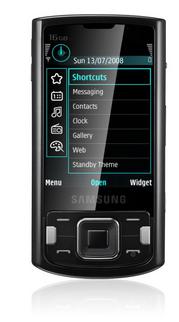 If you’re foregoing the iPhone/Blackberry Bold/Android excitement for the chance to pimp up your camera phone to a mammoth eight megapixels, you’ll be wanting to head down to the Carphone Warehouse.

They’re going to stock the phone exclusively for the first month of launch. It’s to be launched some time in September, although the exact details are yet to be announced. What we do know is that the phone itself is going to have to pack some pretty serious power, if you’re to take full of advantage of those megapixels.