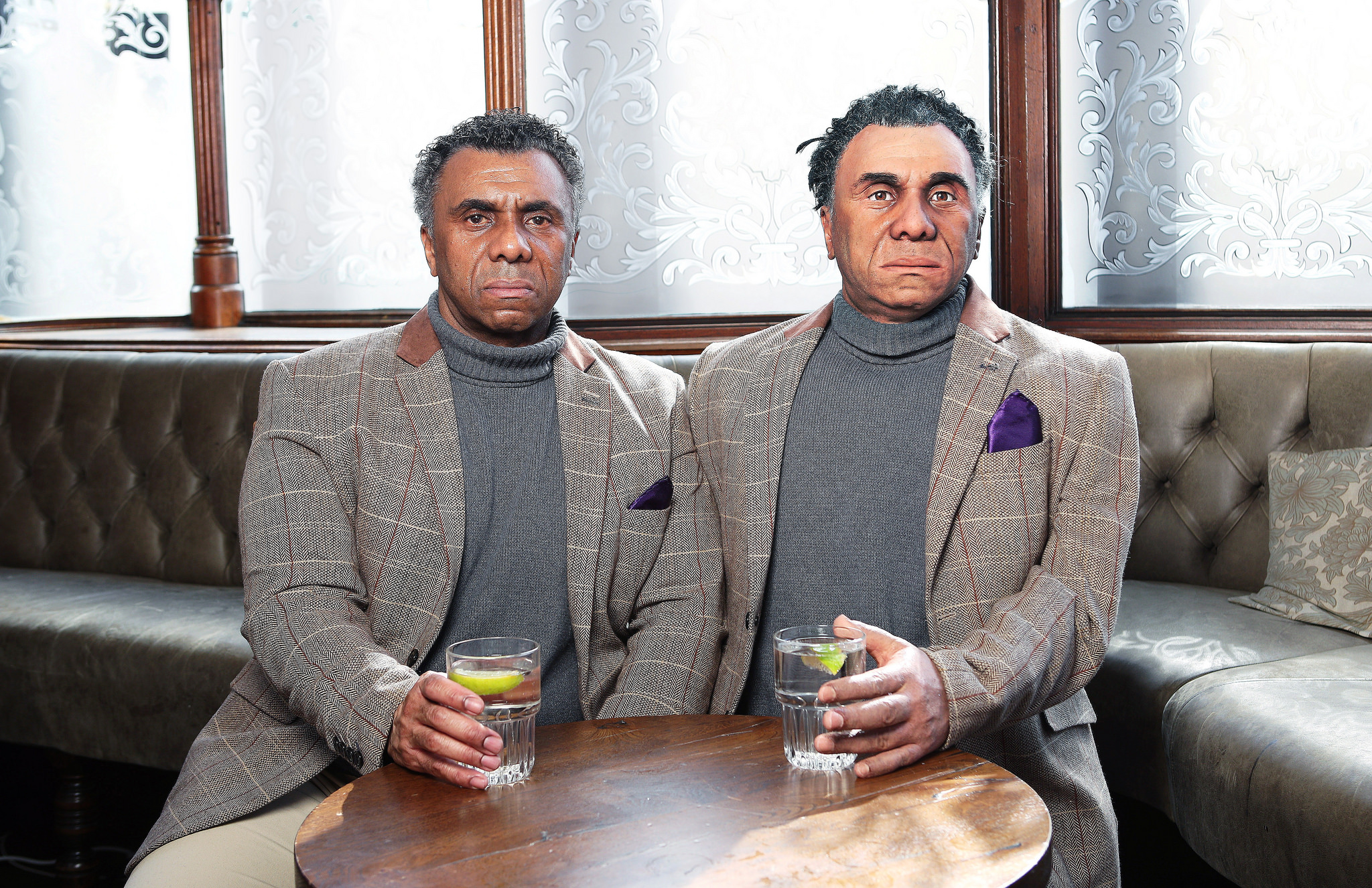 A leading expert has predicted there will be more robots than humans on the planet by 2048. Dr Ian Pearson’s research for Westworld reveals that even a modest growth of 20% per year will see humanoids outnumber humans before 2050.

However, this could be sooner in the event of rapid market uptake in technology, which would see robots overtaking humans as early as 2033.

The research, commissioned by streaming service NOW TV to launch the second season of Westworld, which takes place in a dystopian future and explores the dawn of artificial intelligence, also revealed that robots could become emotionally intelligent by 2028.

Fred, who was built from scratch over a twelve week process, boasts full speech and motor functions and has been modelled on a real 55 year old male, called Tedroy Newell (you can see Tedroy with is humanoid double in the pic above and in the YouTube video at the bottom of the page).

“Today the global robot population is probably around 57 million. That will grow quickly in the foreseeable future and by 2048 robots will overtake humans. If we allow for likely market acceleration, that could happen as early as 2033.

By 2028, some of those robots will already be starting to feel genuine emotions and to respond to us emotionally.”

“Although we are still a long way away from creating artificially intelligent hosts as sophisticated as those in Westworld, the research from Dr Pearson suggests that a world populated by human-like robots might not be as far off as we think.

“If sentient robots do exist by 2028, let’s hope they’re less prone to revolution than the hosts of Westworld.” 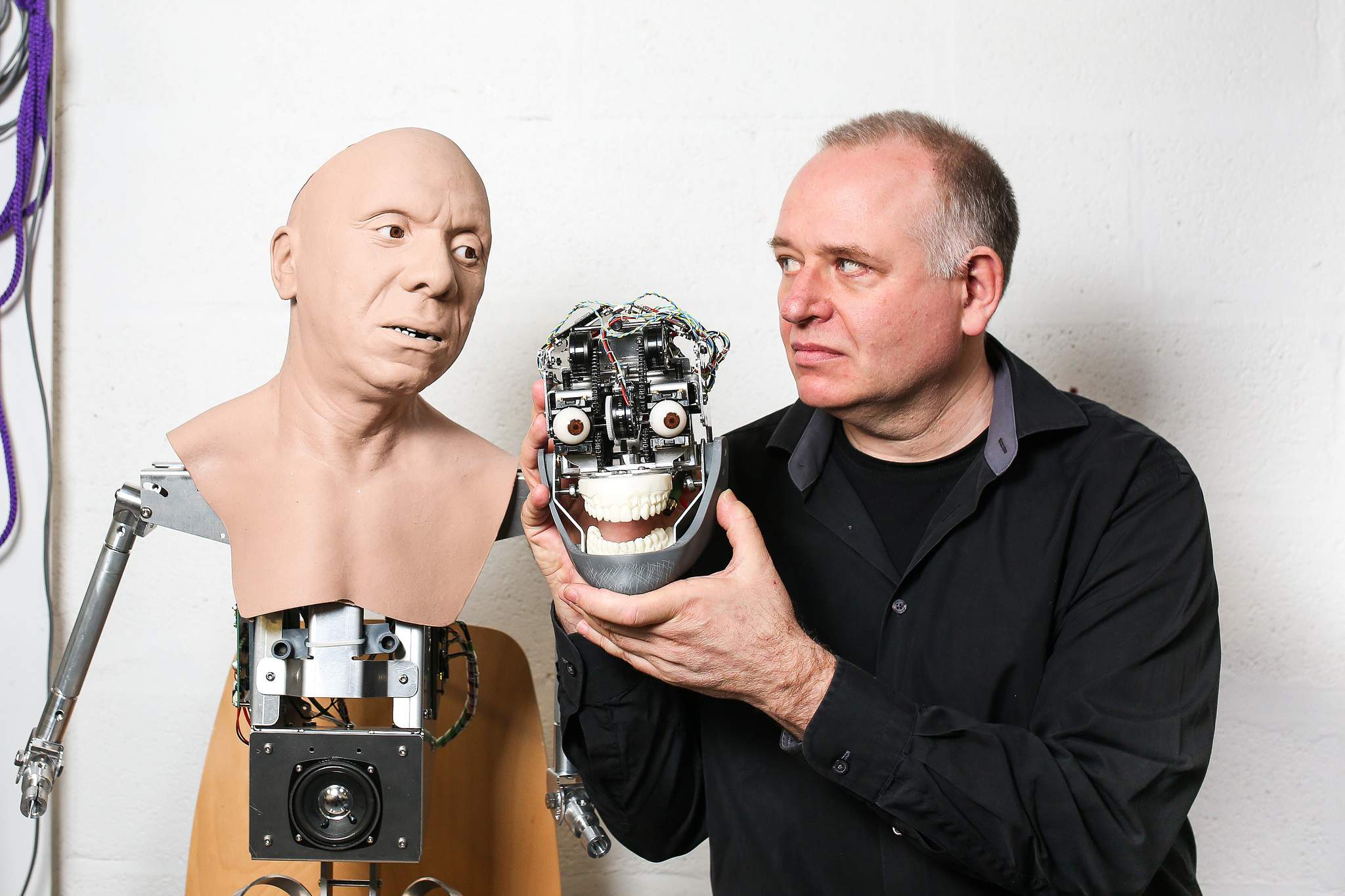 A study of 2,000 Brits revealed that seven in ten of us (71%) fear the rise of artificially intelligent robots in society and nearly six in ten (59%) believe robots are a threat to the future of humanity.

More than half of those surveyed (54%) believe scientists won’t be able to be control the rise of artificially intelligent robots.

In response to what frightens us most about the rise of robots. just over two in five (43%) of the Brits surveyed are afraid that robots will take control of society, almost four in ten (37%) fear robots could become more intelligent than humans and over a third (34%) worry robots could reduce their chances of getting a new job.

Furthermore, a quarter (25%) of respondents fear they might not be able to tell robots and humans apart and 16% are afraid of the possibility that one day humans could have relationships with robots.

An alarming 40% of those surveyed believe a robot could do their job just as well, if not better than them!

The top 10 industries Brits believe will be dominated by robots:

Almost two-thirds (63%) of Brits admit to feeling worried or afraid about robots becoming emotionally intelligent. And when faced with the question as to whether human emotions entitle robots to human rights, the majority (62%) said they don’t believe emotionally intelligent robots should be entitled to human and legal rights and over seven in ten (72%) don’t think they should be granted citizenship.