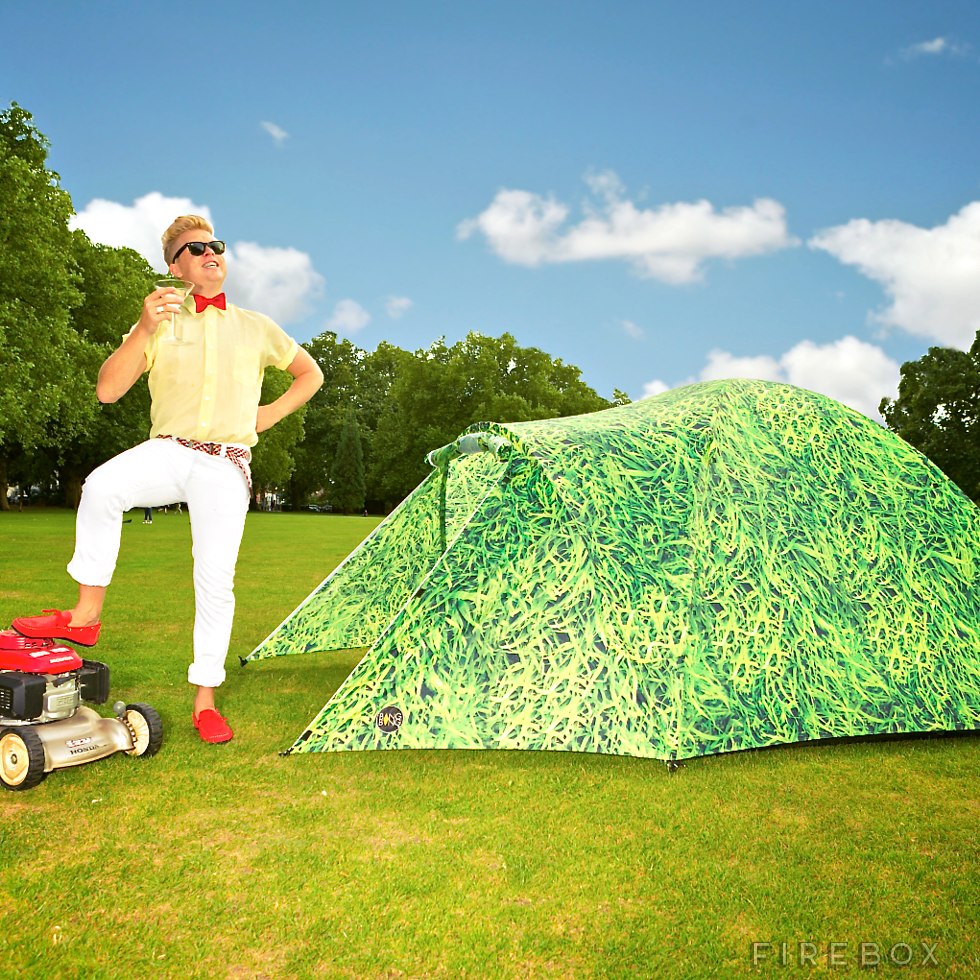 Now if you're lucky enough to have some spare cash to splurge on a shiny new tent - most of us have to resort to a cheap bargain from Argos - then get your hands on the Bang Bang tent from Firebox.

Not only does it have all kinds of eye-popping patterns and colours, but it's also solar-powered, which means you won't have to worry about carrying around devices with no juices or accessories to keep them charged - just plug them in on a night after a day of sunshine. OK so maybe you can worry about whether you're going to be getting a whole day of sunshine...