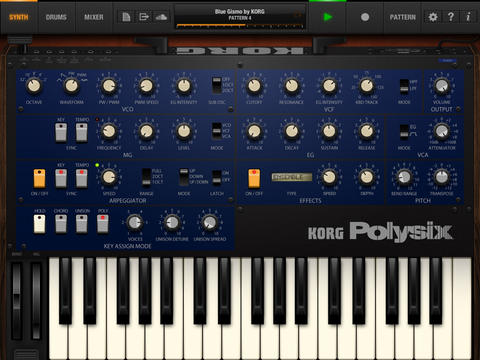 Another seriously priced bit of kit from Korg, iPolysix aims to recreate an authentic 1980s analogue synth studio in your iPad, with two polyphonic synthesizers and a drum machine plus a mixer. It’s a lovely alternative to a lot of the highly digital sounding in-app instruments around at the moment and could lend your tracks just the right amount of vintage gravitas.

Music making is accessible to beginners and experienced musicians alike, either via the dual Kaoss Pad visual controllers or the Polyseq step sequencer, and there’s access to the Polyshare community to publish, share and remix songs with other users on Soundcloud.