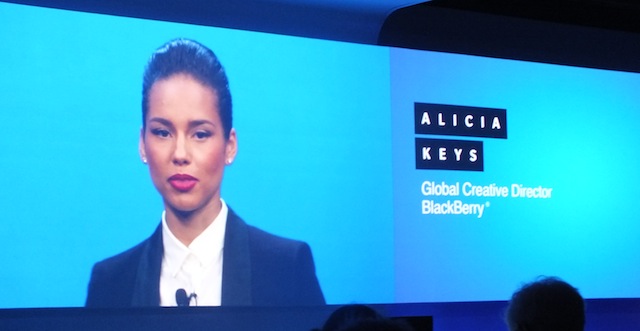 It seems the brand has picked a popular celebrity to front its new “we’re definitely just BlackBerry now not RIM” re-branding efforts and Keys admitted to ditching its handsets and then coming back to them now that the new OS has got some good social, multitasking and hardware revisions. Her decision has nothing to do with the huge wad of cash she’d have been given to sign the contract though, OBVIOUSLY.

“Me and BlackBerry are dating again,” revealed Keys at the BB10 launch today, committing to a new “long-term relationship” with BlackBerry after being wooed by “sexier” smartphones with “more bling” previously. Yeah, we’re not sure why she’s using such saucy language either, but it’s making us feel a bit uncomfortable.

Alicia Keys’ role is the latest in a string of recent celebrity endorsements for tech giants, because Lady Gaga shares a similar role at Polaroid, while Will.I.Am acts as Director of Creative Innovation at Intel.